Don't Bogart That Gig, My Friend 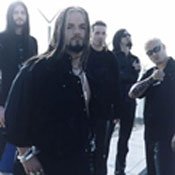 Back in the fall, a musician friend of mine asked me to give him my contacts for different venues locally and statewide so that he could try to get some gigs. Long before I became the music listings editor for the JFP, I was already honing my chops at booking and promoting shows for Clinton and me (we've had almost 100 gigs since we started last March). Being the sweet soul that I am (but with a switchblade), I gave him all my contacts. And, of course, he swore that he'd share his contacts with me.

"We're in this together, Nat," he told me, and I believed him. He's now performing at the places that were on the list of contacts I gave him, and doing quite well. I've yet to get any contacts from him, however, because "he's too busy," "lost my number" or some other lame-ass excuse.

So much for trying to help someone.

Being in the music world, I know that I have some stiff competition, even in a big "small" town like Jackson. And maybe I did the wrong thing by sharing my contacts, but I was trying to help. I try to help every musician from all over, and I will continue to help musicians in any way I can. I cannot reiterate enough how important it is that we, as artists, really do need to stick together and help each other out as much as possible.

As The Wicked Gentleman's Cameron Compton says: "A musician never quits paying their dues." Share contacts with others musician. Sit in with different bands. Talk up your musician friends to bar and restaurant owners. You never know when they might want to book both of your bands at their venue on the same night.

Be open to learning new things and even asking for help from other musicians. If you don't want to help other musicians out, then fine, don't. No one said it was mandatory. But don't let your lack of self-confidence in your art bring down others because you're worried someone's going to bogart your gig.

What a fab music week! Wednesdays are karaoke and ladies nights for several locations, and the bluegrass duo Bill and Temperance play at Underground 119 at 8 p.m.

Friday night, Memphis natives Saliva bring their southern-roots rock to Fire, and Mr. Kidd and the Brothers Fox have their CD release party at Hal and Mal's, with Mark Roemer and Spacewolf performing. Scott Albert Johnson plays in the restaurant. My friends The Shatto Boys (ask them how they got their band name) pick and grin at Fenian's, Otis Lotus plays at Pelican Cove, and Back 40 rocks it out at Reed Pierce's. Don't forget to swing by Dreamz for "Can't Feel My Face Friday" to start the weekend off right.

And please support good friend (and living angel) Nicole Marquez at her event at the Mississippi Arts Center, "An Evening of Hope," featuring Rhonda Richmond at 7 p.m. Saturday. Can't wait to see y'all this week. Please stop and say hello!