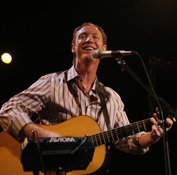 Don Poythress' childhood piano teacher knew his talent was going to take him places. When he was 4 years old, his instructor told the Meridian native that he was going to grow up to be a country musician and perform in the Grand Ole Opry.

A few decades later, the Nashville musician is a premiere songwriter who has written songs for country stars such as Tim McGraw, Clint Black and Travis Tritt. He has also written songs for Christian artists such as Jaci Velasquez, The Martins and Brian Litrell.

Poythress' song "The Promise" received a Dove Award for Southern Gospel Recorded Song of the Year in 2006.

On April 14, he will return to his home state to perform during "Nashville Songwriters Night" at Duling Hall in Fondren. Poythress will perform with other Nashville songwriters Billy Montana and Steve Dean. Poythress says he plans to perform one of his best-known songs, "A Little More Country than That," a song he wrote for Easton Corbin.

Poythress' music has spiritual roots. His mother taught him worship songs when he was a child and Johnny Cash and Glen Campbell were some of his music idols. Poythress grew up in Clinton and moved to Nashville in 1986. In 1989, he fulfilled his piano teacher's prophecy and performed at the Grand Ole Opry.

The 43-year-old also works as a worship leader at Abundant Life Church in Mt. Juliet, Tenn.

"My job is to make people breathe easier," Poythress says about his song lyrics.