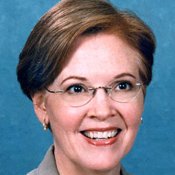 Marie Owen wants to spend more time with her Fondren neighbors and build a stronger sense of community. After attending a national co-housing conference in Boulder, Colo., last year, the event inspired her to bring the co-housing concept to Jackson.

Owen and her sister, Hilda Owen, organized "Intentionally Building Community," a public presentation and two-day workshop that begins tonight at Duling Hall in Fondren. Architects Charles Durrett and Katie McCamant, who brought the concept of co-housing to the United States from Denmark 20 years ago, are the event's guest speakers.

"My sister and I sit around the dining room table and say: 'I wish this person lived closer to us so we could go out to dinner tonight,'" Owen says about why she organized the event. "We live too far apart now, I see my neighbors' cars more than I see my neighbors and (co-housing) is a way to get a close, caring community."

Co-housing communities have gained popularity in other U.S. cities, but the trend hasn't reached Mississippi, yet, Owens says. Co-housing is a process in which a group of people works together to create and maintain their neighborhood. Instead of developers building a neighborhood, or residential units, all members of the community are involved in the process. Co-housing includes rehabilitating existing homes or buildings and residents typically share a common open space or facilities.

Owens, 62, is a freelance graphic designer and Fondren resident.

"Intentionally Building Community" starts tonight at 7 p.m at Duling Hall (672 Duling St.) with the presentation "Neighborhoods Building Neighborhoods Maximizing a Southern Sense of Place," by Charles Durrett and Katie McCamant. Tickers are $15 in advance; $20 at the door and $10 for college students. Registration is closed for the weekend workshop. For information, call 601-362-7713.