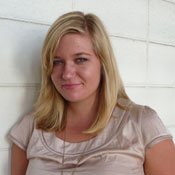 On a recent visit to Oktoc, Miss., my aunt showed me a relic from my family's past. Inside a woodshed on her farm was a refurbished corn-mill grinder from the early 1900s. If this archaic machine could talk, it would tell stories about a community that had to rely on its neighbors before modern-day conveniences.

Near the end of the Great Depression, my great-grandfather opened a country store in front of his home on Oktoc Road about 20 miles outside Starkville. When he opened the store in 1938, there weren't many options for his rural neighbors to buy gasoline, hunting supplies or groceries. He stocked the store with products from local and regional vendors and would grind corn for the neighbors, asking only that they leave a small portion of corn in return for his family.

My grandfather's store was more than just a convenient stop for people to get in and out of. It was a staple of the community where one could find out about local news and maybe a bit of gossip, visit with neighbors while sitting in the store's rocking chairs, or meet up with friends in the parking lot on a Saturday night. The walls of the store were lined with photographs of family and neighbor's hunting prizes.

When I was a child, my grandfather could persuade me to Windex the windows, sweep floors and stock selves in return for a push-up pop. The store was only a few feet from his home, and every day at 2 p.m. he would lock the doors, gather the family for dinner (or lunch if you're from the North), take a nap and return for the evening shift.

In the late 1980s, Walmart came to Starkville, and my grandfather struggled to keep the store open. It became cheaper to buy products at retail price from Walmart rather than wholesale from vendors. He continued to run the store until the late 1990s, more for tradition than for profit until he got too old to do so. He finally closed the store about 1999.

When I think of the ideal neighborhood, I think of a place like Oktoc, because it represents a sense of place and camaraderie that has become almost obsolete in modern-day society. It's almost painful to visit that once-bustling store, now boarded up with a caved-in roof and sinking floors.

I have long thought about how to recreate that sense of community that was such a large part of my upbringing. But when I sit on my Belhaven porch, I rarely see people outside. I don't know the names of most of my neighbors, and the thought of asking one of them for a cup of sugar seems strange and foreign.

But I know that I'm not the only one who feels this way. So why are we scared to engage with our neighbors?

Robert D. Putnam explores this topic in his 2000 book "Bowling Alone: The Collapse and Revival of American Community" (Simon & Schuster) The book stemmed from Putnam's 1995 essay in which he surveyed the 20-year decline of American bowling leagues and other, similar activities, concluding that when people bowl alone they are less likely to engage in civic and political discussions that make up the fabric of a strong democracy. Among the activities Putnam cites, he sees a 58 percent drop in attending club meetings, a 43 percent drop in family dinners and a 35 percent drop in having friends over. Putnam attributes the loss of this social capital to our increasing use of technology.

I would also have to argue that we have lost the art of sharing, and our packed schedules make it difficult to spend time engaging with one another.

Strengthening our neighborhoods also means addressing social issues and reaching out to surrounding communities instead of just pushing our problems into other people's back yards.

When Madison Mayor Mary Hawkins Butler announced the cancellation of her city's FreedomFest this fall, saying that it may return as a residents-only festival, she might as well have posted "Keep Out" on the city limit signs. It may not be feasible to feed the entire Jackson metro at your shindig, but closing your city off to outsiders stunts growth and sends the creative class running in the opposite direction.

I thought about that as I noticed all the diversity at WellsFest this past weekend. I saw people from all backgrounds and races, and I had an opportunity to engage with many of them.

Jackson does an amazing job of supporting its own and embracing each other, but strengthening our neighborhoods means creating a sustainable future. Unlike Madison, we can encourage a melting pot of diversity while strengthening property values and building a stronger tax base.

I don't buy into the notion that you can only have one or the other. Unlike many things in life, getting to know your neighbors takes less effort than you think. Don't believe me? Try knocking on your neighbor's door with a bottle of wine in hand.

But don't stop there; go beyond your own street. Take a detour on your way home and discover a part of Jackson you've never been to. Eat at a local dive that you've never heard of when you happen to stumble on it. I've been here for two years, and I still feel like there are tons of gems throughout our city just waiting to be discovered.

Jackson is like a favorite book: No matter how many times you read it, you take away a new perspective or meaning each time you revisit.

Enjoyed the article. I stopped in the Oktoc store many times on fishing trips to the refuge. But one clarification, Wal Mart came to Starkville in the 1970's. The original Wal Mart was located at the current location of Bulldog Lanes and The Hunt Club. They then moved to Starkville Crossing, where Lowes is now in 1990. Then moved to the current Supercenter location in the early 2000's.

Thanks for the clarification. My grandfather's store didn't feel the economic impact from Wal Mart until the late 80s.

That is a good point, stark. I didn't think about it when I edited the column: We used to go to the (then-little) Walmart when I was at State in the early '80s. Of course, that was back when I would actually walk into a Walmart.

I swear I read an article a long time back that said the invention of the air conditioner had a LOT to do with the neighbors interacting issue! (anybody else read this? Am I making it up?) People stopped sitting on their porches for whatever breeze may be around. It also required doors and windows to be shut. Completely changed the social landscape around here. I know my neighbors. And, I actually have done the incredibly cheesy thing of borrowing sugar (TWICE), a half a cup of milk one time, and 1/4 of a cup of cooking oil another! Can you tell I only occasionally bake and usually don't have all the supplies?! ;) My neighbors watch our animals while we are gone, have a key to my home, and I know the name of every single person on my street. This is in Fondren, though. In Belhaven I didn't know a soul (other than an across the street neighbor) for the two years I was there. Has a different "feel" over there. But, as a note to anyone, if you knock on my door with a bottle of wine I'm apt to be REAL FREAKING FRIENDLY to you. :)