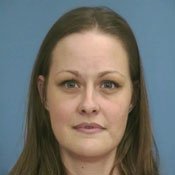 The Mississippi Supreme Court has ordered a new sentencing hearing for Kristi Fulgham.

The Mississippi Supreme Court has overturned a death sentence for Kristi Fulgham and ordered a new sentencing hearing for her 2003 murder conviction. The court issued a decision yesterday finding that the trial court erred by preventing a social worker from testifying about Fulgham's background as mitigation evidence.

An Oktibbeha County jury found Fulgham guilty of capital murder for the killing of her husband, Joey Fulgham, in May 2003. Prosecutors argued that Fulgham robbed and murdered her husband to take advantage of his life-insurance policy.

"In the sentencing phase of a capital murder trial, the stakes are life and death," Justice Ann Lamar wrote in the court's opinion. "A defendant is permitted to introduce virtually any relevant and reliable evidence touching upon the defendant's background and character, or the crime itself, which is offered as a basis to persuade a jury to return a sentence of less than death. We caution prosecutors and trial judges about limiting mitigation evidence offered by a defendant when it is presented fairly, and is relevant to the defendant's character, background, or the circumstances surrounding the crime."

Fulgham's lawyers sought to use Dorsey-Kidd as an expert witness. Dorsey-Kidd would have testified that her review of Fulgham's social history had found that Fulgham lacked bonds with her parents and was exposed to substance abuse by both her mother and two stepfathers, defense attorneys argued.

Prosecutors argued that Dorsey-Kidd was not equipped to make judgments about Fulgham's psychology. The trial judge excluded the social worker's testimony on the grounds that it did not go beyond what a layperson might know.

"We find the trial court abused its discretion in refusing to allow Dorsey-Kidd to testify
to her opinions and observations after accepting her as an expert in the field of social work, and we are unable to say that such an error did not affect the jury's ultimate decision," Lamar wrote in the Supreme Court decision.

Fulgham's half-brother, Tyler Edmonds, was also originally convicted of Joey Fulgham's murder. In 2007, the Supreme Court overturned his conviction, throwing out the testimony of former medical examiner Dr. Steven Hayne. During Edmonds' original trial, Hayne had testified that wounds in Joey Fulgham's body suggested that two pairs of hands held the gun that killed him. Edmonds was 13 at the time of the murder.

The Supreme Court ordered a new trial for Edmonds, and, in 2008, a new jury acquitted him.

On Wednesday, a decision by the U.S. Fifth Circuit Court of Appeals also kept another Mississippi prisoner off death row. The appeals court upheld a ruling in the Northern District Court of Mississippi that found William Wiley mentally retarded and thus ineligible for the death penalty. Wiley was convicted and sentenced to death for the 1981 shooting death of store owner J.B. Turner in DeSoto County.