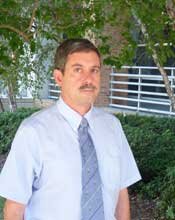 Seven years ago, only four out of every 10 Mississippians drinking public water drank fluoridated water, a basic public-health measure in most states. Today, roughly 55 percent of the state's population drinks water treated with fluoride. That change is due in no small part to the efforts of Nick Mosca.

Mosca, 49, is director of the Mississippi State Department of Health's Oral Health Program. He handles the state's public-health approach to dental and oral health, including lack of access to fluoridated water, one of the most effective and low-cost means of preventing cavities and other dental problems.

It's a relatively cheap investment. Every dollar invested in water fluoridation saves $38 in preventable dental treatment, and the lifetime cost per person of a fluoridation system is less than the cost of one filling.

Mosca's program also provides dental-health education in child-care centers, Head Start facilities and WIC Food Centers. It also manages seven Regional Oral Health Consultants across the state and offers tooth sealants in schools. In areas of the state that are already under-served for health care, dental health is too often an afterthought, he says.

"Our successes have been incremental," Mosca says. "It's kind of like going upstream."

A native of New Orleans, Mosca attended Tulane University and earned his dental degree from Loyola University in 1987. Dentistry offered the very real and immediate satisfaction of "helping people get out of pain." Mosca did his general dentistry residency at New Orleans Charity Hospital and then moved to Jackson in 1989 to work for the University of Mississippi Medical Center. He helped establish UMMC's hospital dental clinic and an HIV clinic in the Jackson Medical Mall.

In 2002, Mosca left UMMC to join the Department of Health. The next year, he helped the department secure a $350,000 grant for the water-fluoridation project from the Bower Foundation, and since then the he department has received $2 million total for fluoridation. When Hurricane Katrina hit the Coast in 2005, Mosca noticed that the rush to replace the disrupted health-care system was leaving something out.

"Everybody was forgetting about the dental system," he says.

The state Health Department set up clinics to serve volunteers and those the hurricane had displaced.

A Ridgeland resident, Mosca is three years into an online doctorate program in public health at the University of North Carolina. When he isn't working to improving dental health for state residents, Mosca enjoys spending time in the Jackson arts scene.

"I love the fact that since I've been in Jackson, that the vibrant arts scene is becoming more successful every year. My favorite part of the city is the art and restaurants."

Do you know when fluoridation began? Nineteen hundred and forty-six. 1946, Mandrake. How does that coincide with your post-war Commie conspiracy, huh? It's incredibly obvious, isn't it? A foreign substance is introduced into our precious bodily fluids without the knowledge of the individual. Certainly without any choice. That's the way your hard-core Commie works. But seriously, let's hope Mr. Mosca keeps up the good work, especially after the Tea Party folks get wind of this.

A new study confirms infants fed formula reconstituted with fluoridated water are at greater risk of developing discolored teeth (dental fluorosis). (1) The American Dental Association (ADA) warned dentists about this in 2006 but has done little or nothing to inform the nearly 200 million Americans who live in communities with fluoridated drinking water. The study by Levy et al., a Journal of the American Dental Association cover story (October 2010), confirms Levy's earlier studies, which show "[F]luoride intakes during each of the first 4 years were individually significantly related to fluorosis on maxillary central incisors, with the first year most important," and that "nfant formulas reconstituted with higher fluoride water can provide 100 to 200 times more fluoride than breastmilk, or cow's milk." (2, 3) According to the Centers for Disease Control (CDC), 32% of American children have dental fluorosis, an increase of 23% from the 1980s. (4) Black and Hispanic populations have even higher rates. Dental fluorosis is a visible sign that a child was overexposed to fluoride. Pictures of fluorosis: http://www.fluoridealert.org/health/teeth/fluorosis/moderate-severe.html "The message from Dr. Levy's work is loud and clear: Don't give babies fluoridated water," says Paul Connett, PhD, Executive Director, Fluoride Action Network (FAN). "Unfortunately the ADA has known about these risks for more than four years. Researchers are telling dentists; but dentists are not telling parents." This and other little-known adverse fluoride health effects led Connett to co-author, "The Case Against Fluoride: How Hazardous Waste Ended Up in Our Drinking Water and the Bad Science and Powerful Politics that Keep it There," with James Beck, MD, PhD, professor emeritus of medical physics, University of Alberta and Spedding Micklem, DPhil, professor emeritus at Edinburgh University. A recent review in The Lancet describes fluoride as "an emerging neurotoxic substance" that may damage the developing brain. The National Research Council (NRC) has identified fluoride as an "endocrine disrupter" that may impair thyroid function. A recent Harvard University study links fluoride to bone cancer. "Approximately half of the newborns and infants I see in practice are fed formula reconstituted with fluoridated water, which I find alarming since the blood-brain barrier is not even developed until 6 months of age, placing these young infants at risk for neurotoxic effects that can be severe and permanent," says Dr. Yolanda Whyte, a pediatrician in Georgia. "Parents should be warned not to give fluoridated water to babies and children, and they should know that fluoride is also present in juice and other water-reconstituted beverages. I diagnose dental fluorosis on average 5 times daily, but fluoride doesn't only affect teeth, it can potentially affect the brain and nervous system, kidneys, bones, and other tissues in young children during their critical stages of organ development. A public awareness campaign is urgently needed." FAN will launch a campaign in November to urge water companies and public-health officials to inform parents that fluoridated water should not be mixed into infant formula. "If the ADA and CDC won't educate parents, then FAN will," said Connett. FAN is the leading science and advocacy group focused on health issues surrounding fluoride in water, food, air, pesticides, and industrial exposures. Dr. Connett was an invited presenter at the initial meeting of the NRC panel and FAN researchers submitted extensive scientific information throughout the panel's proceedings. References: Fluoride Action Network http://www.fluoridealert.org