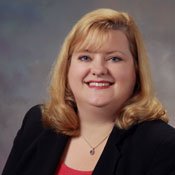 Public Defender Kathy Nester, who is the new American College of Trial Lawyers fellow, believes everyone should have access to adequate legal representation.

Kathy Nester doesn't expect everyone to understand her passion for defending those accused of crimes, but she firmly believes that every citizen should have access to quality representation.

"I like fighting for the underdog," says Nester who is an assistant federal public defender for the Southern District of Mississippi. "...Most of what I have done is representing people against corporations or the government. It's important to me that I give people--during really difficult times in their lives--the best representation I can give them."

Nester says the she is honored to be a ACTL fellow. She says she hopes her personal convictions about her work are apparent to those she represents.

"No matter who you are, you deserve a fair trial and quality representation--whether you are wealthy or poor or whatever crime you've committed. We all deserve that in our system," she says.

Nester, 43, says she has wanted to be a lawyer ever since she watched the TV show "Perry Mason" as a child. She received her bachelor's degree in international business from the University of Texas in 1989, and her law degree from UT in 1992. After graduation, she moved to Jackson with her husband, Steven, to pursue his dry-cleaning business. As an a public defender, she has represented several high-profile clients such as reputed Klansman James Ford Seale who the U.S. Department of Justice found guilty for his role in the murders of Charles Moore and Henry Dee in 1964. She currently lives in Madison with her husband and two daughters, Katie, 14, and Caroline, 12.