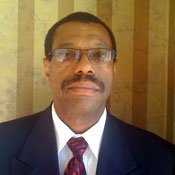 Jackson Municipal Judge Henry Clay is one of three candidates vying for the Hinds County Court seat in District 2.

Henry C. Clay III has been a part-time judge for a long time. Clay, 52, has served as a Jackson municipal court judge for the past 16 years, while simultaneously running a solo general litigation practice in Ridgeland. Clay is one of two challengers for the Hinds County Court seat currently occupied by Judge Houston Patton.

Clay was born in Gulfport but grew up in Jackson. He attended Millsaps College, receiving a bachelor's degree in 1980. Clay received his law degree from the University of Mississippi in 1983. After law school, he worked in various divisions of the Mississippi Attorney General's Office for eight years, interrupted by a one-year stint as an assistant district attorney with the Hinds County District Attorney's Office.

Clay lives in the Jackson neighborhood of Woodlea with his wife Montyne King Clay.

Why are you running?
I've been a municipal court judge for 16 years. I'm running for county court, because I'd like to offer the voters my years of experience practicing law, my years of experience as a municipal court judge--would like to make that leap from municipal court judge to county court judge. I think that I can help the criminal justice system here in Hinds County--making myself available to try criminal cases, on the assignment by the circuit court judge--to help with the speed of the trial, from indictment to trial. There was a tremendous backlog at one point, but I don't know if the backlog is still there. Crime is still happening, and there needs to be some kind of swift pace in the justice system on criminal cases.

How often do you hear cases?
Probably twice a week, a part-time position. Five municipal court judges on a rotating schedule ... run two courtrooms on Mondays, Wednesdays and Fridays. (I) also serve as judge (along w/ Judge Waller) for municipal drug court.

What have you learned in municipal court that you could apply to county court?
As municipal court judge, you probably see more people than a county court or circuit judge does. Not everybody has an interaction with circuit court and county court, but at some point, people get traffic tickets and (get charged with) misdemeanor crimes. It's what could be known as "the people's court." So I think that my integrity, my fairness--being able to deal with litigants as a municipal court judge. I think I am fair, impartial and can make the right decision.

What changes would you like to see made to the way county court operates?
Right now, they have a civil division, criminal division and youth court. I think that it can be improved some. Hinds County judges could help more with criminal cases, I believe, if the circuit court judge would allow it--help with the backlog and the time between indictment and trial.

How much experience do you have with criminal cases?
I practice criminal law; I was in the criminal division at the Attorney General's office. I did appellate briefs. I've tried criminal cases, representing defendants and prosecuting. I was an assitant District Attorney with the Hinds County DA's office.

What was it like working under Ed Peters?
It was nice. Ed ran a pretty tight ship, but he was a good boss.

What was it like watching the Scruggs scandal unfold?
It was sad, but I don't really want to talk about it.

I noticed that, according to your campaign finance reports, you haven't raised or spent any money.
Not yet. This is a low-cost campaign. You know, it's a tough economy these days, so my committee has not asked for any contributions. Haven't spent any money and haven't raised any money, but hopefully that will change between now and the election. We've got one week.

Are you going to have any campaign events?[/]
No, we've been just getting out there canvassing, calling and meeting the voters.

What makes you the best candidate for the seat?
My experience practicing law for 27 years; my experience in the Attorney General's office; my 18 years of experience in private practice; and my 16 years as a municipal court judge qualifies me to make a good county court judge.