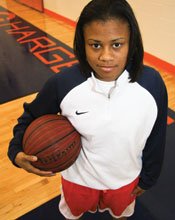 It's not uncommon to find Ron Blaylock at a Jackson event with cameras around his neck and one of his three small children in tow while he works.

A native of North Carolina, Blaylock, 34, moved to Jackson as a teenager and has since been a strong supporter of the Jackson arts scene. He moved back to the area from New Orleans after Hurricane Katrina, and opened Blaylock Fine Art Photography studio in 2006 in Ridgeland.

In April, Blaylock decided to move his studio to 3017 N. State St. to be a part of the Fondren arts scene and share space with photographer James Patterson.

"I had an idea of what I want, and it's hard to find," Blaylock says. "(Fondren) is a good fit with good visibility and lots of foot traffic. A lot of communities are working to build this, and here it's already happening. ... I'm excited to be apart of a vibrant movement that is growing bigger."

In addition to shooting portraits, weddings and commercial work, Blaylock teaches photography classes at Millsaps College. He also plans to begin teaching private and small classes as his studio in the next few months, and says he wants to use his studio as a venue, meeting space and classroom.

At his former Jackson Street location, Blaylock played a central role in organizing the annual Jackson Street Fall Festival each November and the Hamstock Barbeque and Music Festival (formerly known as the Dog Days of Summer Festival) in June. He says he will still continue to organize the festivals, which have featured Mississippi musicians like T Model Ford and George McConnell.

Blaylock has a bachelor's degree in journalism and advertising from the University of Mississippi. He also attended the Rocky Mountain School of Photography in Montezuma, Mont. He lives in Ridgeland with his wife, Lindsay, and their children: Gabriel, 9; Declan, 5; and Susanna, 3.

Blaylock views being a member of the local small business community with as much importance as the services he offers. "I think small, local businesses are important to a community, no matter what you do," Blaylock says. "[T]he money stays here locally; it doesn't travel out of state."

He cites personal owner/customer interactions as a benefit of any local business. "You can talk to the owner pretty much any time," Blaylock says. "It's not a board; it's not an 800 number. There's a physical person you can talk to."

Blaylock says most new small business owners would benefit from learning about business itself.

"In addition (to learning about the craft), it's really important to learn about business--how to manage money, how to budget, knowing about when your slow periods and your busy periods are and kind of balancing those out," he says.