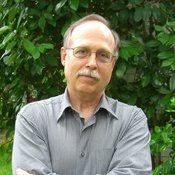 Dr. Alan Bean, executive director of Friends of Justice, will speak about the death penalty and the impact of racism on the justice system tonight in Jackson.

By using narrative and story telling, Dr. Alan Bean hopes that others will start to evaluate the criminal-justice system and seek the truth.

Bean, 57, is the executive director of Friends of Justice, a nonprofit organization that conducts awareness campaigns promoting due process of law. Tonight, Bean will speak at a forum in Jackson about the effects of race on the death penalty and the case of Curtis Flowers.

"I think it's important that people get educated about the criminal justice system," Bean says. "I used to assume that if one person got picked up (by police), then they must have done something wrong. I think prosecutors have to stick to a certain story and try to show who is lying and who is telling the truth, but that doesn't mean you should rush to judgment."

In 2008, Friends of Justice began chronicling the prosecution and trials of Curtis Flowers, who will undergo his sixth capital murder trial in June. In 1996, Montgomery County officials charged Flowers in the murders of four people at Tardy's Furniture Store in Winona, Miss. Investigators linked him to the murder after discovering that Flowers had previously worked for the furniture store and had money taken out of his paycheck for inventory damages.

Flowers will soon be the first person in U.S. history to be tried six times for the same murder, according to Friends of Justice. The Mississippi State Supreme Court overturned the first two trials, in which Flowers was found guilty, for procedural misconduct. The Supreme Court also overturned the third trial, citing Montgomery County District Attorney Doug Evans for intentionally excluding black jurors from jury selection. The third and fourth trials both ended in a hung jury. Flowers' sixth trial is scheduled for June. If found guilty, Flowers could face the death penalty.

Bean, who lives in Arlington, Texas, started Friends of Justice in 2000 after learning about a drug sting in Tulia, Texas, where police rounded up 47 people--37 of them African Americans--based on false testimony of an undercover agent. Since then his organization has conducted independent investigations in the Tulia sting and in the 2006 "Jena Six" case, involving a group of six African American students who were convicted in the beating of a white student at Jena High School in Louisiana.

As a former pastor, Bean says he was always interested in the history of religion and its implications on the justice system, but he admits that he wasn't educated about the due process of law.

In 2008, Bean and students from Baylor University Law School conducted interviews with witnesses and other people involved with the Flowers case. They discovered new information concerning the nature of the investigation, such as the fact that witnesses in a poorer area of town were offered a $30,000 award for information. Bean says that the prosecution sought out those witnesses and provided details about Flowers' whereabouts seven to nine months after the date of the crime. He also says the role of race advanced the complexity of the case. The racial make up of Winona is 50 percent African American and 50 percent white, and Bean says African Americans are less likely to support the death penalty.

"As an outsider, it seems apparent that blacks and whites never had the chance to unpack the baggage of the civil-rights era and say, 'What's really going on?'," Bean says. "There is still resentment in many parts of the South."

Bean is a native of Alberta, Canada. He attended Southern Baptist Seminary in Louisville, Ky., where he received his doctorate in church history.

The "Death Penalty Forum" starts at 7 p.m. at the Masonic Temple (1072 John R. Lynch St.) The event is free and open to the public.