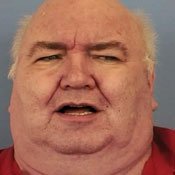 Yesterday, the Mississippi Supreme Court set a May 19 execution date for Paul Woodward.

Attorney General Jim Hood has asked the state of Mississippi to execute two death-row inmates, the first since 2008. Hood's office submitted requests to the Mississippi Supreme Court last month to set execution dates of May 19 and 20 for Paul Woodward and Gerald James Holland. Yesterday, the court granted one of Hood's requests, setting a May 19 execution date for Woodward.

The Associated Press is reporting that Woodward's attorney, C. Jackson Williams, will ask Gov. Haley Barbour for a pardon or a commutation of sentence.

A Perry County jury sentenced Woodward, 62, to death for the 1986 rape and killing of Rhonda Crane. In 1993, the state Supreme Court vacated Woodward's first death sentence on the grounds that his defense lawyers had not adequately presented evidence that Woodward was suffering from severe mental illness.

At 72, Holland is the state's oldest inmate on death row. He received a capital-murder conviction in Adams County for the 1986 rape and murder of 15-year-old Krystal King. Mississippi requires a separate sentencing hearing in capital cases, and Holland successfully appealed his first death sentence in 1993 after an appeals court found that his trial jury had settled on the death penalty before hearing mitigating evidence or jury instructions. A second sentencing hearing also resulted in a death sentence. In subsequent petitions for relief, Holland's lawyers have argued that his trial attorneys were inadequate and that he should have received a neurological exam before trial.

Holland's history of brain damage, through accidents and drug use, could merit further scrutiny, said Glenn Swartzfager, director of the state's Office of Post-Conviction Counsel, which is representing Holland.

"We believe he suffers from brain dysfunction or brain damage," Swartzfager said. "There was a denial of some testing that his trial attorneys wanted to conduct."

In 1999, the state Supreme Court rejected a post-conviction petition from Holland that argued that additional evidence of brain damage could have resulted in a more lenient sentence.

Swartzfager said that court records also show that Adams County juror lists did not change between 1956 and Holland's trial, which may indicate that his trial jury was not a representative cross-section of the area.

"I don't think it's necessarily limited to race," Swartzfager said. "There's an argument to be made that the age difference, the gender differentials could also play into that."

Swartzfager cautioned that he did not know whether he would argue the jury composition point. He has asked the Supreme Court to grant his office more time to study Holland's case.

The attorney general's office had previously requested a third execution date for Joseph Daniel Burns, 42, who was convicted in the 1994 slaying of a Tupelo hotel manager. Hood withdrew that request, however, because Burns has a pending petition for hearing before the United States Supreme Court.

The two requested executions stand in stark contrast to national and even local trends. Nationwide, death sentences have dropped 60 percent since 2000, and executions have decreased from 85 in 2000 to 52 last year. In 2008 and 2009, no jury in Mississippi handed down a death sentence in a capital case, while in 2003, juries approved death sentences in 14 percent of capital murder cases.

"In Mississippi, you've seen over the years (that) support for the death penalty has continually eroded," said former Supreme Court Justice Oliver Diaz. "Although it's still probably a majority, it's gone down a great deal."

In a 2008 dissenting opinion, Diaz argued that the recent exonerations of three death-row inmates in the state point to the arbitrariness and cruelty of capital punishment in Mississippi. "I am convinced that the progress of our maturing society is pointed toward a day when our nation and state recognize that, even as murderers commit the most cruel and unusual crime, so too do executioners render cruel and unusual punishment," Diaz wrote.

Aside from possibly being unconstitutional or outdated, death sentences simply cost state government more than life sentences without the possibility of parole. Mississippi has not studied its own capital-punishment system, but studies of the system in other states—including Texas and North Carolina—find that pursuing the death penalty costs taxpayers enormously.

Just curious who "Holland" is. In the first graf you mention Paul Woodward and Gerald James, but not Holland.

Thanks, awaykate. The last name was left off on first reference. Just fixed it. Thanks.

thanks! I thought I was going nuts! Very interesting about the national and local trends away from death penalty.

Great substantive article- thanks. I appreciate that your article gives state and national context to the upcoming execution.