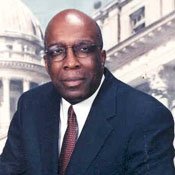 A massive state bonds bill, providing $2 million for converting Jackson's Capitol Street and up to $6 million for upgrading city water lines, cleared a major legislative hurdle yesterday and appears poised for passage. The water system improvements, which the bill would fund through interest-free loans, were a major item on Jackson's legislative wish list following a rash of water main breaks in January.

The Mississippi House and Senate negotiators agreed yesterday on House Bill 1701, which authorizes the state to issue bonds for public universities, state agencies and a variety of economic-development purposes.

In addition to the $2 million in bonds for converting Capitol Street downtown into a two-way avenue, the bill, authored by Rep. Percy Watson, D-Hattiesburg, contains a provision for $1.2 million for the renovations and repairs to 101 W. Capitol St. and provides for $8 million in bonds to support construction, improvements and infrastructure repair at Jackson State University.

Walter Zinn, policy director for Mayor Harvey Johnson Jr., said that one of the first tasks in converting Capitol Street will be removing the exterior entrance ramps for the Parkway Properties parking garage at Capitol, Farish and Amite streets. "That's one of the major parts of the project," Zinn said.

The bill partially grants one of the city's key legislative requests: state assistance for repairing and upgrading the city's water and sewer infrastructure. The city's water system failed visibly in January when 150 water main breaks forced state government offices, businesses and schools to close. After the crisis, Jackson legislators added water infrastructure repairs to its wish list. The Jackson Chamber of Commerce chimed in, issuing a resolution March 24 that urged the Legislature to approve some assistance for the repairs. City officials estimate that necessary repairs could total $300 million.

Rather than directly funding infrastructure repairs, though, the bill authorizes the state to loan up to $6 million, interest-free, for the improvements. Zinn said that the city may be able to secure additional funds for water system upgrades through other bills. A loan program administered by the state Department of Environmental Quality is one such possibility, Zinn said.

"There are a couple other avenues that the state administration may be supporting," Zinn said.

Having cleared conference committee, the bill now returns to the Senate and House for final passage. Each item in the bond bill must still earn approval from the state bond commission, however, which is composed of Gov. Haley Barbour, State Treasurer Tate Reeves and Attorney General Jim Hood.