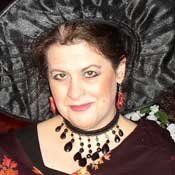 Diana Howell is director of "The Vagina Monologues," showing tonight at Hal & Mal's.

When more than 40 women showed up to try out for "The Vagina Monologues" last year, director Diana Howell knew Jackson was ready for a production of strong women sharing their stories of empowerment.

"The Vagina Monologues" is an episodic play by Eve Ensler that compiles a various number of monologues exploring issues of love, sex, birth and abuse. For the second year, Howell, 44, has helped organize the event that will take place tonight and tomorrow at Hal & Mal's. All proceeds benefit the Mississippi Coalition for Domestic Violence and the Women's Fund.

"We have an outstanding cast comprised of women of all ages and diverse ethnic backgrounds, about half of whom read last year, and who inform me that the piece just resonates more strongly with them each time they do it," Howell says.

Howell says that despite the production's title, she encourages men to attend.

"The words are not words you are used to saying out loud, but men shouldn't be afraid of it, it's not about bashing men," she says. "It's about celebrating being a women, and embracing our femininity and sexuality."

She lives in Fondren with her husband John, who she met when they were theater students at Mississippi State University.