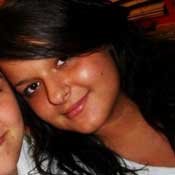 A federal judge ruled today that the Itawamba County school board violated Constance McMillen's free speech rights when it canceled a prom after she asked permission to bring her girlfriend as her date. U.S. District Court Judge Glen Davidson denied McMillen's request, filed by the Mississippi ACLU, for a preliminary injunction forcing the school board to hold a prom, however.

"(T)he Court finds that Constance's First Amendment rights have been violated and therefore, she has established, by a preponderance of the evidence, a substantial likelihood of success on the merits with respect to her First Amendment claim," Davidson wrote in an opinion (PDF) released today. Davidson noted that parents have already begun organizing a "private" prom open to all juniors and seniors at Itawamba Agricultural High School.

"(T)o now require Defendants to host one as it had originally planned would defeat the purpose and efforts of those individuals," Davidson wrote.

The Mississippi ACLU originally sent a letter to district officials March 2, challenging the district's refusal to allow same-sex prom dates or allow female students to wear tuxedos. On March 10, the Itawamba County School Board announced that it was canceling the prom, scheduled for April 2, citing "distractions to the educational process caused by recent events."

"We're discussing whether or not we're going to do that, but we definitely feel like he's basically ruled on the merits," Bennett said. "We consider it a victory."