How Much Will This Cost Us? | Jackson Free Press | Jackson, MS

How Much Will This Cost Us? 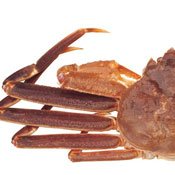 With more oil still to come, gauging the Gulf oil spill's economic impact is a tricky thing. Researchers at Texas A&M University Corpus Christi's Harte Research Institute estimate that the spill puts $1.6 billion worth of economic activity and services at risk for the Gulf region. Of that, tourism accounts for $77.6 million, recreational fishing comprises $114 million and commercial fishing represents $30.3 million. The bulk of the estimated cost is the $1.2 million researchers attributed to "ecosystem services"—a catchall term for direct and indirect contributions of the natural environment to things like storm protection and waste treatment.

The problem with the Texas A&M study is that the huge number of variables involved makes estimates nearly meaningless. Nobody knows how much oil will ultimately leak into the Gulf, and of that amount, how much will find its way into fishing waters and onto beaches and wetlands. Beyond that, the potential effects on tourism and seafood consumption are even harder to pin down.

While solid estimates of the spill's cost are scarce, proof of the Gulf economy's importance abound. The region's commercial seafood industry generates roughly $2.5 billion per year. A 2006 Mississippi State University study estimated the economic impact of the state's seafood industry at $308.3 million.

With Mississippi waters unaffected so far, the harm on Mississippi fishermen have been primarily a result of perception problems, Rep. Diane Peranich, D-Pass Christian, argues. Tourists and locals aren't eating as much seafood or renting fishing boats.

"(I) know one gentleman in particular who was able to show us that he lost $15,000 in just one week, and our waters were open and are still open," Peranich said.

Tourism is the Coast's great contribution to the state economy, and a decrease in tourism numbers could have a profound impact statewide, said Mike Cashion, executive director of the Mississippi Hospitality and Restaurant Association.

Together the three coastal counties—Hancock, Harrison and Jackson—account for $1.63 billion in travel and tourism revenue and $170.23 million in state and
local taxes. The three counties accounted for $653 million in restaurant sales last year. Restaurant revenue spikes in the
summer during tourist season, so a significant portion of that figure is at risk, Cashion noted.

"That's one of the sad things about this," Cashion said. "It just couldn't have happened at a worse time."