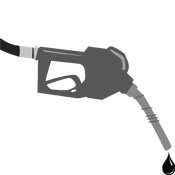 Add up all the hidden costs of oil, and you could pay more than $300 to fill your 20-gallon tank.

Mississippi Gov. Haley Barbour and Lt. Gov. Phil Bryant's response to the oil spill has been anything but dramatic and has often sent conflicting messages. Bryant criticized the national media during a May 12 press conference for "overreacting" and said the oil spill was not the Exxon Valdez. In April, however, Sierra Club regional director Louie Miller called the spill "America's Chernobyl," and on May 27, the federal government confirmed what many already suspected: The amount of oil from the Gulf gusher (18 million to 39 million gallons by that day) easily exceeds that of the Valdez (11 million gallons).

Until environmental organizations are able to conduct more studies and BP is able to stop the leak, it is difficult to weigh the accuracy of all statements but here are a few we've fact-checked:

Oil Sheen isn't Harmful
During an April press conference, Barbour said that the majority of the spill is a "light sheen" and would have little impact on marine life, claiming that most marine animals would "swim away" from the oil. … Initially, oil sheen—a light, translucent residue—is the first to come close to shore, but according to MSNBC, the type of oil spilling into the gulf is a heavy blend coming from deep under the ocean. Fish could swim away from the oil, but their eggs and larvae wouldn't be able to escape the oil and could be harmed or killed.

Sending in the Troops
On May 13, Barbour said he would not send the National Guard because "we don't have anything for the National Guard to do." …. Alabama and Louisiana Governors have called on thousands of National Guard troops to build barriers and place booms to protect wildlife. The troops could do the same thing for Mississippi's Barrier Islands and coastline.

Smelling Oil or Paranoia?
On May 12, Bryant said that reports of residents smelling oil from the spill on the Coast were wrong, and attributed the smell to gasoline used in lawnmowers. … Miller, however, said that several residents have reported a strong odor from the Gulf that has a distinctly different smell from lawnmowers.

"You aren't smelling lawnmowers on the beach in Biloxi and Bay St. Louis. It comes and it goes, it's quite evidence that when the wind conditions are right you're smelling the dispersants and the oil burning as well," Miller said.