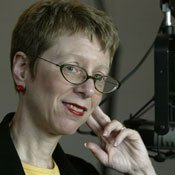 Mississippi Public Broadcasting is reinstating the nationally-syndicated radio program "Fresh Air," two weeks after its decision to cancel the show for "inappropriate content" drew widespread criticism. In a statement released today, Executive Director Judy Lewis said that MPB would return "Fresh Air" to its radio schedule on Aug. 2 in a new, 9 p.m. time slot. MPB will also air notices that the show may include adult content, Lewis said.

Lewis also acknowledged the outpouring of support for "Fresh Air" that has surfaced on MPB's Facebook page.

"Comments from concerned listeners are what led to my decision to remove the program, but I want to give equal attention to listeners who enjoy the program," Lewis said. "Please know that I will not be driven by the slander, threats, curses and total misrepresentations I have received from many over this one radio program. Thoughtful, intelligent, and sincere feedback is certainly helpful, though."

MPB pulled the show July 8, citing "inappropriate content" in an email to a listener. In a post on The Rachel Maddow Show's blog, Laura Conaway reported that MPB officials responded to a complaint about "Fresh Air" host Terry Gross' July 7 interview with comedian Louis C.K. During the interview, the comedian explains that wears a shirt during sex because he is ashamed of his body.

In comments to Current, a biweekly newspaper for public broadcasting professionals, Lewis said that she has received more complaints about "Fresh Air" than any of MPB's other programs.

"Please know that I will not be driven by the slander, threats, curses and total misrepresentations I have received from many over this one radio program." I wonder which side pro or con shared this type of feedback.

I'm going to stray from the Drummin norm and side against JFP and with Ms. Lewis on this issue. I don't want expect to hear about sexual issues on NPB, and it is somewhat disconcerting when I do. I generally have 3 reactions when I hear a woman talking about sex: 1) arousal if she's hot 2) disgust if she's not 3) annoyance if I'm sexually unfulfilled and jealous it's not me These reactions may be unjustified, but they are there and real. I would prefer not have any of these at 3 in the afternoon at work. Ms. Lewis is looking out of the people. Don't make her a scapegoat. If you want to make a difference, go to the churches and tell them to stop brainwashing children with that abstinence-only crap and making them feel insanely guilty for being sexual beings.

INformation is information. I can't even believe that Lewis generalized Mississippians in such a outrageous fashion. As if we are too country or ignorant to know that sex and orgasms exist. You know, for every step forward.... I personally take issue with her fickle attitude. If she felt the content was inappropriate she should stand by it. What is she going to do if another uprising happens for bringing the show back....take it off again?????

So inspiring to see each of you fighting the good fight. Trudging through this nasty affair and supporting what is right! Shame on Judy Lewis for pulling a stunt that otherwise would have gone unnoticed had it not been for the blogosphere. Terry Gross is HUGE in Mississippi! Where are the fan pages? Is there a usenet newsgroup for Fresh Air that I'm not aware of? I'm sure Fresh Air gets an intimidating number of listeners from this fair state. But please continue to support MPB. Malcolm White anxiously awaits your respective contributions.