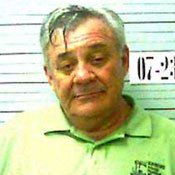 Without elaborating on why he was arrested, Beau Rivage spokeswoman Mary Cracchiolo-Spain told the Sun Herald that the incident was a "misunderstanding" and that the casino would not pursue the charges against Brown.

Cracchiolo-Spain and Biloxi Police Chief John Miller were not immediately available for comment.

In August 2009, Transportation Commissioner Dick Hall filed a complaint with the Ethics Commission after Brown was present at a dinner with Madison County officials and transportation commissioners Bill Minor and Wayne Brown, to discuss the Reunion Interchange project. Hall alleged that the meeting was a violation of the state's open meetings law, and the Ethics Commission agreed, but did not issue a fine because taxpayers would have had to pay the fine.

As the director of MDOT, Brown is responsible for overseeing state highway projects, port and airport development, and public transit. The state's transportation commissioners appointed Brown to his position and the state Senate confirmed him in 2009.

A native of Natchez, Brown graduated from the University of Southern Mississippi with degrees in management and marketing and he stayed on to work as an instructor for seven years. Brown served as the mayor of the city from 1992 to 2000.