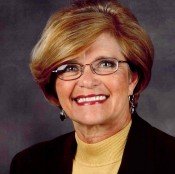 A former Democratic state senator from Philadelphia, Miss., Gloria Williamson has devoted countless hours over the last 10 years to improving the status of women in Mississippi.

Williamson, 65, is one of 13 commissioners serving on the Mississippi Commission for the Status of Women, an organization the state Legislature created in 2001 to improve the quality of life for Mississippi's women. Williamson served as state senator from 2000 to 2008, and she played an integral part in establishing the commission. In 2008, Attorney General Jim Hood appointed her to serve as a commissioner.

Tomorrow, Jan. 12, is a milestone for the organization, Williamson says, as the commission is holding its first legal seminar for women, "Legal Issues Impacting Women: Divorce, Child Support, Child Custody and Domestic Violence," at the Mississippi State University campus auditorium in Meridian at 8 a.m. It is free and open the public. The seminar will host several speakers including former Mississippi Supreme Court Justice Kay Cobb, Former Lt. Gov. Amy Tuck and Heather Wagner, director of the Domestic Violence Division in the attorney general's office.

"When I was senator, some of the biggest problems I saw were women not knowing what they needed to do in certain situations such as child abuse, child custody, etcetera," Williamson says. "I am hoping that we have a successful seminar and can have more throughout the state."

Williamson says one of the biggest challenges the commission faces is having enough funding to continue its work. In his proposed budget, Gov. Haley Barbour zeroed out funding for the commission. Last year the commission received $50,000 from the state. Even though the commissioners are not paid, Williamson says funding is needed to conduct seminars and disseminate information to the public, pay a part-time director and maintain the organization's Web site.

"Women are 53 percent of the voting population, and few of them take an active part," she says. "We want women to step it up, and we need a little funding to get that done."