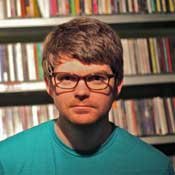 For Chaney Nichols, there is no better place to have a rock showcase than a hollowed out 1939 theater in the heart of Jackson.

It's not an easy feat to host the event inside the old theater, which Nichols describes as a "cavernous rustic warehouse." All the seats have been removed, but a few years ago theater owners built a stage for events. Recently, the theater received an exterior paint job and new signage for its debut in "The Help," filmed partially in Fondren.

"A lot of thought and planning goes into one of these shows," Nichols says. "There is power (in the Pix), but there is no running water so we are bringing in Porta-Johns and all security, sound and lighting. It's pretty much like doing a generator show."

Nichols, 35, says he started hosting the showcase in the theater about five years ago to create awareness about the space and promote efforts to restore it. The show has evolved into a holiday tradition to support Jackson's music scene. The theater is currently listed for sale, but Nichols says he isn't planning on making an offer anytime soon.

The Delta native moved to Jackson to attend Mississippi College where he earned his bachelor's degree in English in 1997 and his law degree in 2000. The full-time lawyer started Esperanza Plantation record company in 2002.

"We consider this a homecoming, and a gift and celebration of all that is Jackson," he says.

See the Esperanza Plantation Holiday Showcase tonight at the Pix/Capri Theater ( 3023 N. State St.). Doors open at 6:30 with the first act starting at 7 p.m., and the showcase ends at 2 a.m. Admission is $15.