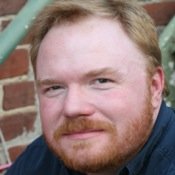 Chris Roebuck is the director of "A Christmas Carol," at New Stage Theatre. The play runs through Dec. 19.

When a friend dared Chris Roebuck to audition for "Fiddler on the Roof," while he was a student at Mississippi College, he never expected that experience would lead to a career in theater.

As the education director at New Stage Theatre, Roebuck, 39, has worked about 10 hours each day this week rehearsing actors for "A Christmas Carol," which runs through Dec. 19. Roebuck has played a role in the production of "A Christmas Carol" for the past eight years.

"I always try to find some way to make it different," he says. "It's the same story every year, and we have families who come and see it ... year after year. So I try very hard to find things I can make new. There are some new special effects and things that happen within the story (this year)."

"A Christmas Carol," based on the novel by Charles Dickens, tells the story of Ebenezer Scrooge and his transformation after receiving visits from the ghosts of Christmases past, present and future.

"We have all put in an incredible amount of work to put this together," Roebuck says. "It's just a great story. It doesn't even necessarily have to be a Christmas story. It's a story about second chances."

The Jackson native graduated in 1993 from Mississippi College, where he earned his bachelor's degree in history. After graduation, he taught at Madison Central High School. Roebuck started at New Stage as an acting intern, and has held his current position since 2007. As education director, he is responsible for organizing workshops, educational material and overseeing productions.

"It's more of an addiction than a passion," he says about his love for theater.

Chris is a fantastic asset to New Stage Theatre. My son has been under his tutelage for several years at New Stage's Summer Theatre Camp. Congratulations on picking a great Person of the Day, JFP!