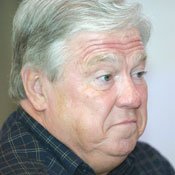 The Mississippi Legislature will convene Friday for a special session to approve incentives aimed at luring a $500 million economic development project to the state. Gov. Haley Barbour announced the session Aug. 20 but gave few details on the project, witholding the company name, industry and potential locations.

In his initial announcement, Barbour revealed that the company will have "locations around the state" and that the project will create 1,000 direct and indirect jobs, adding $85 million in wages and purchases to the state economy. Kirby would not divulge the project's locations or the relevant industry.

"It's very innovative and will create 100 jobs at each location and then 1,000 total jobs, counting the spin-offs," Kirby said.

The Senate Finance Committee and House Ways & Means Committee, which handles taxation and bond bills for their respective chambers, must approve any incentives before the full chambers can vote on them. Kirby said that the House will probably write the initial incentives bill, as the two chambers traditionally alternate sponsorship of major state development projects.

During its regular session earlier this year, the Legislature approved a large incentive package for the German pipe manufacturer Schulz GMBH to build a $300 million facility in Tunica County.