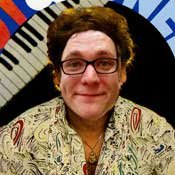 Tre Pepper and Melvin Priester, "Hot and Lonely," have remixed local musicians' songs on the compilation CD "Might Could Real Quick."

Melvin Priester and Tre Pepper want Jacksonians to get down. This deejay duo, called Hot and Lonely, have joined forces to create "Might Could Real Quick," a Special Passenger Records CD that remixes 10 songs by local musicians Emily Baker, Lizzie Wright, Johnny Bertram and The Bachelorettes.

Pepper, 24, shies away from calling his creation electronic music—it's more of a combination of hip-hop, dubstep and electro music that layers vocals and beats together.

Wright's "You are a Tree," for example, is transformed from a warm acoustic harmony to a dance-inspiring track layered with whistling, energizing beats and precise vocals. Pepper says that Hot and Lonely's compilation CD is an effort to promote a different style of music and create a non-stop dance party.

"We wanted Jackson to get excited and realize that its not your typical electronic music, but something organic and different," he says. "Jackson needs more opportunities to dance. People love to dance; I love to dance. There doesn't seem to be a lack of an outlet (in Jackson), but there needs to be more of a focused outlet on fun, upbeat music."

Pepper, a native of Greenville, started mixing tracks on his home computer when he was 12. After a stint playing bass for the now-defunct band Zim Zam, he moved to Austin in 2008 where he "stole" his music education at the Mediatech Institute of Austin. Pepper worked out a deal with a friend who attended the school: He would pay for equipment, while his friend paid for tuition. At Mediatech, he sat in on classes and used the school's recording studio to mix tracks. He made his way back to Jackson last year, ready to apply what he learned.

"(The Jackson music scene) is gloriously burgeoning, and there's this community that holds it all together," he says. " It's a tight-knit group of friends that support each other, and go to each other shows—that's why I love this place, since I've been back, it's more collaborative."

One of Pepper's recent collaborations with Jackson artists is the formation of J-TRAN, consisting of himself, Josh Hailey, Amanda Rainey and Daniel Guaqueta. The band's first song and music video"Give it Away,"debuted in December, and the Crossroads Film Festival screened the video at its music video showcase earlier this month.

Pepper combined underlying tracks from Wham's "Last Christmas" and a freestyle rap by Hailey to produce a pop/electro song. In the video, Hailey, clad in a gold speedo, dances and sprays champagne in the midst of kitschy Christmas decorations, while other band members play fake accordions, guitars and keyboards. It's obvious that these band members don't take themselves too seriously.

"I had the idea to do it for musicians that don't like electronic music and then playing on the irony of that, because we are not really playing anything," Pepper says. "The whole point was to make people enjoy the music and have fun."

Pepper and Priester, 31, met through mutual friends in January and found they had a knack for mixing music. Pepper, who is a customer-service manager at Rainbow Grocery, and Priester, a lawyer and Jackson native who just moved back to the city from San Francisco, took the name Hot and Lonely from a 1995 Ace Records album by Frankie Ford. Pepper's background in production from Mediatech and Priester's experiences as a deejay in house, disco and breakbeat music complement each other. In February, the two made a mix of songs and deejayed at the Zombie Prom at the Ole Tavern on George Street.

Pepper hopes to create more opportunities for artists to diversify their work and is currently working on producing several J-TRAN songs.

"Electronic music has always been really interesting to me, you are taking things that are already concrete and taking them apart and putting back together in a different way to create something that is a match up of many different things," he says.

The "Might Could Real Quick" release party is Friday April 30 at North Midtown Arts Center (121 Millsaps Ave.). Admission is $5 and includes a CD. Participants are encouraged to take part in body-painting festivities. Proceeds from the event benefits the Central Mississippi Chapter of the Red Cross for tornado victims.