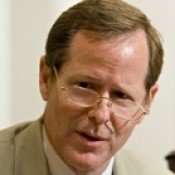 The Jackson City Council will either approve or reject an agreement with the U.S. Department of Justice on making city buses more accessible to the disabled and consider consolidating bus routes to cut costs at its 6 p.m. meeting tonight.

The city's legal department entered into a consent decree with the U.S. Department of Justice after advocates for the disabled, including the Mississippi Coalition for Citizens with Disabilities, and the Mississippi Council for the Blind, sued the city in 2008 for failing to provide buses with operative lifts, denying transit trips for the disabled and failing to adequately train staff members on dealing with disabled passengers, among other allegations.

Last June, the United States filed a motion to intervene in the case, alleging that the city discriminated against people with disabilities in denying them the benefits of public transport as demanded by the Americans with Disabilities Act.

City attorneys worked with the U.S. Deptartment of Justice last year and approved a consent decree that demands that the city install working wheelchair lifts on all its buses (and not allow buses without a working lift to operate); provide alternative transportation within 30 minutes for a disabled passenger whenever a JATRAN bus fails to deliver for any reason; and provide specialized, heavily regulated, Handilift Paratransit Service for proven disabled passengers.

The consent decree also demands the city pay up to $139,000 over the next three years to finance an ADA coordinator, who will monitor the JATRAN system and ensure the buses and their operators maintain federal requirements. The new expenditure will not come out of the city's tort fund, but must instead be an annually re-occurring expense from the regular budget.

The city already unveiled 16 new JATRAN buses, costing $4 million dollars, but financed primarily through federal grants. The new vehicles are smaller than the majority of the fleet, but more modern and federally compliant, with wheelchair lifts and a center door. The city will have to retrofit the remainder of its fleet to make the older buses compliant with the Americans with Disabilities Act and the consent decree.

City spokesman Chris Mims still could not give an amount for the cost of updating the remaining buses, outside of the $139,000 cost the city must already pay for the ADA coordinator. The issue could prove a problem with some council members who are already wary of sales tax revenue shortfalls revealed in the first quarter of this fiscal year. Jackson Mayor Harvey Johnson Jr. recommended $1 million in budget cuts from the city budget last month in response to lagging sales revenue.

But even as the council considers approving the decree it is already debating the possibility of cutting or consolidating some bus routes.

JATRAN Operations Planner Arthur Gaudet told council members that he is helping to prepare an analysis of the city transit system, and predicted tough times ahead for the council: "Not to sugar coat anything, but you may be looking at some difficult decisions about the way the system is operated."

Johnson pointed out that a similar proposal to cut routes last year drew widespread criticism for the council, but added that the straining city budget demanded some tough decisions.
"If we can consolidate routes, it will help with insurance and fuel costs, overtime, and in a number of other ways, but there will have to be an understanding within the community and the political will to do it. That's where we are right now," Johnson said.

Jackson resident Scott Crawford, one of the plaintiffs in the suit leading to the consent decree, criticized the council for considering cutting bus lines the past.

"There are people who depend on these buses to get to work, or home or get food. Cutting them would be a tragedy for some of us," said Crawford, who uses a wheelchair.

Cutting routes will not violate the consent decree, so long as each remaining route is handicap-accessible. Nevertheless, Council President Frank Bluntson feared the political fallout of such a decision: "We had standing room only in here last time we tried this," Bluntson said. "The community won't like this kind of talk."

Ward 1 Councilman Jeff Weill said the community the route reduction would upset is actually small, compared to the taxpayers who finance the bus system.

"There could be 5,000 or 10,000 who ride the bus, but there's another 175,000 people in the city that we don't hear from, and the folks who do ride the bus crowd the council meeting and give many of you the notion that the buses are well-received and used," Weill said. "I would encourage you to hear from people who don't use the bus, who pay $3.1 million a year in tax money to support it while we spend another 4 or 5 million from the federal government to help pay for it."