State Public Safety Dept. to Stay in Jackson, For Now 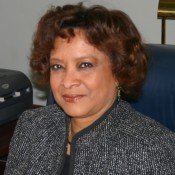 A proposal to move the Mississippi Department of Public Safety's headquarters from Jackson to Pearl is off the table for the moment, but a spokesman for the Department said Commissioner Steve Simpson still hopes to complete the move later. The Mississippi Legislature passed a bonds bill March 26 to pay to move the state crime lab and medical examiner's office to Rankin County, a process that began last year.

Previous versions of the bill also provided money to begin a relocation of the DPS headquarters on Woodrow Wilson Avenue to the same state-owned land in Pearl that will hold the new crime lab. Lawmakers deleted that provision, however, in the face of stiff opposition from the Hinds County legislative delegation.

Sen. John Horhn, D-Jackson, has proposed a resolution asking the state to place a moratorium on relocation of state agencies out of Jackson and on state acquisition of new property within the city. The resolution is still in committee. Horhn said that the state crime lab's move was not a significant threat to Jackson's economy.

"That's something we approved last year, not this year, and our position was that doesn't represent a lot of employees," Horhn said. "Something like Public Safety or the Tax Commission certainly do."

The crime lab and medical examiner's office together employ more than 100 people, DPS spokesman Jon Kalahar said. The Department of Public Safety, as a whole, employs roughly 1,100, with between 200 and 300 working at the Department's Jackson headquarters.

The crime lab is currently housed in a 20,000 square-foot facility built for 25 scientists, not the 75 currently using it, Kalahar said.

"The whole purpose of that property (in Pearl) and the reason they wanted to move out there is it's already state-owned property," Kalahar said. "It wouldn't involve another chunk of money to buy some other land somewhere else."

The Rankin County property, located near the state Fire Academy, could also accommodate DPS headquarters, Kalahar said. Commissioner Steve Simpson also wants to consolidate the Department's other divisions, including the Mississippi Bureau of Narcotics, located on U.S. Interstate 55, and the Office of Homeland Security, on Raymond Road in Jackson.

"We're trying to get everybody within the Department of Public Safety on one campus," Kalahar said.

The Hinds County Board of Supervisors passed a resolution yesterday opposing the Department's relocation out of Hinds County."We do not receive any type of income or taxes from the state office building," said Supervisor Peggy Calhoun, who sponsored the resolution. "If the state determines that (DPS) should relocate, we would suffer greatly economically from the lost revenues that come from jobs and small businesses (where DPS employees spend money)," Calhoun said.