A Sordid History: Manhunt Leader Has History of Violence 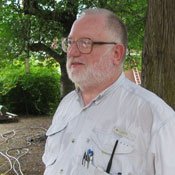 Tallahatchie County Prosecutor John Whitten was sued in 1995 for stopping a truck at gunpoint and handcuffing the driver, even though he wasn't a cop.

The man who allegedly led a group of armed white citizens assisting in a search for a black burglary suspect in Sumner has a history of taking the law into his own hands.

John Whitten III is a prosecutor for Tallahatchie County and the town attorney for Tutwiler. On Aug. 20, 2009, he attempted to assist law enforcement officers in searching for 28-year-old Will Pittman on the outskirts of the town of Sumner. Although he holds no law enforcement position, after hearing about the burglary, Whitten drove his Jeep to the cotton field and wooded area that officers were searching.

Will Pittman's brother, Cornelius, who also tried to assist in the search, told the Jackson Free Press that Whitten was drinking beer and wearing a gun, and he appeared to be leading a group of armed white citizens who congregated nearby. Cornelius also alleges that Whitten searched his car and threatened to kill Will. Multiple sources, including a law enforcement officer, state that they heard gunfire during the incident.

Almost 15 years ago, Whitten was sued and paid damages for an incident that shares similarities with the Aug. 20 incident. On March 19, 1995, Whitten stopped, at gunpoint, a truck that he claimed was trespassing. According to court documents, the truck's driver, Randy Cox, was driving onto land that his brother was leasing and intended to farm. To reach the land, Cox and two passengers, John Spinosa and Tod Logan, used a dirt road that crossed land belonging to Whitten.

Whitten, then a municipal court judge for the towns of Oakland, Tutwiler and Webb, called on the truck to stop and then fired several shots from his .45-caliber pistol, the last of which stopped the vehicle by puncturing a tire.

Whitten ordered Cox, Spinosa and Logan out of the truck and onto the ground at gunpoint. The three men testified that Whitten was cursing and threatened to throw Cox into a bayou after he had him handcuffed. Accompanied by several other men armed with loaded assault rifles, Whitten took the three to a camp on his property, where he questioned them for nearly an hour before finally agreeing to release them.

In 1997, the Mississippi Supreme Court ordered that Whitten be publicly reprimanded and fined $2,500 for the incident, on the recommendation of the Commission on Judicial Performance.

In 1998, Cox, Spinosa and Logan sued Whitten for assault, battery and false imprisonment. Whitten argued that his actions were legitimate, as he was making a citizens' arrest. A jury disagreed, though, and awarded Cox $50,000 and Spinosa and Logan $30,000 each in compensatory damages. Whitten filed a counter-suit for trespassing, but the jury, while finding in his favor, awarded him no damages.

In 2000, the Mississippi Supreme Court upheld the three men's awards on an appeal by Whitten, while also granting Whitten $10 for his counter-claim on a technicality.

In hearings on their civil suit, Cox, Spinosa and Logan, all of whom are white, also claimed to have heard Whitten refer to a municipal judge in Sumner as "that nigger judge." In his testimony, Whitten denied using the phrase. The allegation had special resonance, however, given the Whitten family's troubled history with race.

In 1955, Whitten's father, John Whitten Jr., was one of the defense attorneys for J.W. Milam and Roy Bryant, who were accused of murdering Emmett Till in Money, Miss. An all-white jury acquitted Milam, and John Whitten Jr. was credited with the memorable closing line, "Every last Anglo-Saxon one of the you has the courage to free these men."

Will and Cornelius Pittman's father, Ellis Pittman, is an attorney in Clarksdale and encounters John Whitten III frequently in court. Ellis Pittman told the Jackson Free Press that he has argued with John Whitten III after Whitten used a racial slur in his presence, while speaking in a judge's chambers.

Whitten did not return repeated calls to his office, but he told the Associated Press and the Greenwood Commonwealth that Pittman's allegations are false.

Whitten is lucky he wasn't charged with kidnapping in 1995. You would think he might have learned his lesson, but I guess some "Anglo-Saxons" are slow learners.