Accused Can't See Evidence Against Them 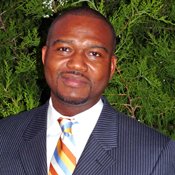 On July 4, 2009, Basil DeJuan Sullivan was arrested for disorderly conduct at Freelon's Bar and Groove. Sullivan alleges that a group of Hinds County deputies threw him out of the Mill Street club, beat him and arrested him without reading his rights, but he does not have access to much of the evidence that could help him prove his case, like the police report from his arrest.

The state court system in Mississippi recognizes a defendant's right to see evidence that might prove his innocence, but that assurance does not trickle down to the lowest courts in the state: municipal and county justice courts. In an Oct. 2 petition to the state Supreme Court, Sullivan's attorney, Chris Graves, argues that this discrepancy is unconstitutional.

On Sept. 23, Graves filed a motion for discovery in Sullivan's case, hoping to obtain a copy of the police report from Sullivan's arrest. A Hinds County Justice Court judge denied Graves' motion, however. This was hardly an unusual outcome, Graves told the Jackson Free Press.

Because the state's rule for discovery does not apply to municipal and justice courts, judges at that level are free to refuse defendants' requests for evidence against them. While some jurisdictions generally grant discovery requests, others regularly deny them. In Rankin County Justice Court and Flowood Municipal Court, prosecutors refuse to share police reports and other potential discovery material as a rule.

"There are some (jurisdictions) like Jackson and the city of Madison, when you make a request, they just send you the files," said local defense attorney Merrida Coxwell. "There are other courts that won't give you anything, because the lawyers prosecuting don't want to lose what they perceive as an advantage."

"A judge who has a high school education can send you to jail for up to a year without you ever having had the opportunity to look at even the police report against you," Graves said.

Regardless of their original plea, defendants in justice or municipal court can appeal for an entirely new trial in county or circuit court. County and circuit courts in the state have a discovery rule, giving defendants a chance to see the evidence against them. They must pay guilty fines and attorney's fees to pursue that appeal, however. When offered the possibility of a plea bargain that would end their ordeal sooner, most justice and municipal court defendants elect to go quietly and not assert their right to discovery.

Jackson attorney and City Councilman Chokwe Lumumba agreed with Graves' assessment. Lower-court defendants are unlikely to argue their right to discovery up to the state Supreme Court, the body that could actually establish a rule for discovery in justice and municipal courts.

"I've been in numerous justice courts and city courts in the state, and it is very common that they'll deny you," Lumumba said. "Normally people who are fighting traffic tickets or this disorderly conduct stuff are not the prime people who are going to want to spend that kind of money to take it all the way up there."

Rankin County prosecutor Richard Wilson argues that denying discovery in justice court is only a matter of being fair to the state. Prosecutors can only request discovery materials from a defendant if the defendant makes a request first. Justice court defense attorneys have taken advantage of this fact by obtaining the state's evidence and then claiming to have none of their own, Wilson says. Because an appeal to county court is essentially a do-over for their defendant, defense attorneys could use discovery at the lower level as a means of peeking at their adversaries' hand, he claims.

"If he doesn't ask for discovery in county court, I can't ask him for anything," Wilson said. "He can show up with a busload of witnesses I've never heard of."

"Even though I'm full time as county prosecutor, we're going to bust over 11,000 cases in justice court this year," Wilson said. "Can you imagine trying to respond to discovery requests for all that? The economics just prohibit it."

Mike Boland, prosecutor for the City of Flowood, agreed with Wilson. Like Wilson, he refuses to share discovery evidence with defendants in municipal court, arguing that it could give a defendant the advantage on appeal.

"After being blindsided with surprise witnesses, it became apparent that that was a really unfair situation," Boland said.

The state Supreme Court is considering implementing a rule of discovery for municipal and justice courts, however. Boland believes that the rule's adoption is inevitable and that the resultant deluge of discovery requests will make his job harder.

"There is some movement afoot," Boland said. "It's going to create a burden of paperwork on the prosecutors."

The current situation probably wouldn't stand too long in Federal court, either. Fifth circut might find it cute, before paddling Local and County officials and putting them out back like puppies.

I'm rather surprised these guys are able to get away with this as one of our constitutional rights is being able to face our accuser. Being arrested and tried without being able to view the evidence the state has against you seems ludicrous on the face of it and if the local jurisdictions have more paperwork they should hire more staff and automate the process and I'm sure charging a "reasonable" fee for the materials is a way to partially handle the increased costs.