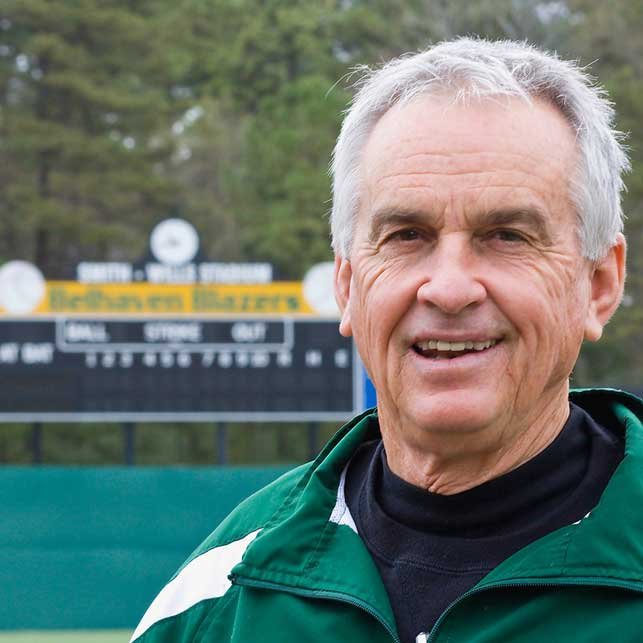 On a foggy morning in early March, Coach Hill Denson gazes across the outfield of Smith-Wills Stadium and notes the new additions to the field.

"Notice the turf?" he says, referring to the recently installed Astroturf. Since his early days of coaching, Denson, a 64-year-old Bay Springs native, has blazed a trail across the Magnolia State rebuilding once-floundering baseball programs and turning them into regional terrors. Schools such as Callaway High School, University of Southern Mississippi and Belhaven College owe much thanks to Denson.

Denson began coaching at Chamberlain-Hunt Academy in Port Gibson where he started the baseball program in 1966. While at CHA, Denson met the love of his life.

"I saw a pretty girl on TV doing the weather. It just so happened that one of my coaching friends was dating a girl that knew her. So I got him to fix me up," Denson says.

After meeting the "pretty girl on TV," Judy Moon, Denson decided at the last minute to move to Jackson to be closer to her. "I was taking a risk," Denson says.

By November 1968, however, Judy Moon became Judy Moon Denson. After spending two years criss-crossing the state coaching at different schools, Denson landed at Callaway High School. After coaching the Chargers to 10 successful seasons, the Densons left Jackson and headed to the Music City.

"She was asked to help launch The Nashville Network right when cable was getting big," he says. Denson signed on with the front office of the Nashville Sounds, a minor- league baseball team.

One morning following a late night at the TV studio in 1984, Denson checked his answering machine and heard a familiar voice. Roland Dale, the athletic director at University of Southern Mississippi, wanted Denson to return to his alma mater to coach the baseball team.

"I mentioned it to my family. I figured they wouldn't want to leave," Denson says. Much to his surprise, Judy and his two daughters, Jill and Molly, were ready to pack up.

With Denson at the helm, USM became a perennial powerhouse. After missing the cut to play in the College Baseball World Series six years in a row, however, Denson decided to stop coaching. Two years later, Denson was itching to coach again. When Belhaven College offered him a job, he gladly took it.

The Belhaven Blazers finished a strong 41-17 last season, and Denson believes they'll perform just as well this season. And you can expect to see Denson pacing in the dugout for many seasons to come.