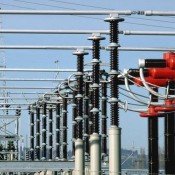 Mississippi Power wants the PSC to move faster to approve a new plant.

Mississippi Power filed a motion in January for the PSC to fast-forward deliberations on development of the $2.2 billion integrated gasification combined-cycle (IGCC) power plant maintaining that federal money for the program comes with a ticking clock. The 582-megawatt plant will be a combination of lignite coalmine, a coal burner and a gas-powered processor, which dries out the low quality coal pulled from the lignite mine. (The net output of the plant may be reduced by as much as 100 megawatts due to the parasitic power required to dry lignite coal to a usable form.)

"This plant will diversify our fuel sources and will produce energy at lower and more stable costs than any other fossil fuel option," said Anthony Topazi, Mississippi Power president and chief executive officer in a January statement. "By creating an additional fuel alternativeMississippi lignitethis project creates significant energy cost reductions for our customers, such that over its life, the energy savings more than offset the cost of building the plant."

Opposition to the plant, including environmental advocates the Sierra Club and senior citizen representative AARP, claim the plant could raise rate-payers' utility bills by up to 15 percent.

The PSC denied motions filed by competing power suppliers Magnolia Energy and Entegra Power Group, and the state attorney general motion to suspend their review of Mississippi Power's request to build the plant, according to The Clarion-Ledger. The denials were only a portion of the whole story, however.

Mississippi Power means to take advantage of a new state law, passed with the help of their lobbyists, to force ratepayers to fund building the plant. The new law allows the PSC to approve a utility rate increase to finance the $2.2 billion project. Hood argued that the PSC had no jurisdiction over the combined process of gasification and coal processing used at the future plant, saying the PSC has jurisdiction over electric utilities, not over monitoring the as-yet untested gasification process.

The three-member commission broke the issue into separate matters: the actual need of the power plant and the new rate increases it will herald. In so doing, the commission denied Hood's motion, saying it properly addressed both issues and that it did indeed have authority over the fledgling gasification technology because the gasification process was inextricably tied to a utility power plant.

In the words of the commission: "There would be no IGCC plant," without the gasification step.

The PSC also shot down motions from the Sierra Club and competing power companies challenging the need for the plant, saying the Mississippi Power's application was "a legitimate petition."

Mississippi Power said it was pleased with the PSC's decision to vet their application, and company spokesperson Cindy Duvall told reporters that the company "looks forward to the opportunity" to defend the construction of the new plant.

"We consider this our opportunity to demonstrate why the Kemper County IGCC project is the best choice of new generation for our customers," Duvall told Reuters last week.

The company is facing a steep challenge, however.

The commission opted to hold a two-part proceeding, first to establish whether Mississippi Power even needs new electric resources. If PSC determines a need, part two of the proceeding will compare the Kemper plant's cost effectiveness to other forms of power generation. Hearings on need will occur in September. The follow-up hearing is set for February 2010.

Sierra Club Director Louie Miller said he doubted Mississippi Power could climb the virtual mountain set before it by the Public Service Commission.

"They've put Mississippi Power under the microscope to scrutinize everything they asked for. They said 'you will have to prove need and if need is established we're going to look at every other potential power source available and compare it,' including increasing energy efficiency and demand side management," Miller said. "It's a hard fight for them because some economists say IGCC is more expensive than even nuclear."

The ratepayer's pre-pay clause is no small roadblock in its own right. Public service commissioners are leery of pre-pay because even if the plant fails to be built there is no guarantee under the state law passed last year that the power company would have to reimburse ratepayers for their investment. The PSC thought enough of the issue to deny merging pre-pay with the power company's certificate of need on Friday.

While the state legislature apparently favored power companies by enacting the pre-pay law, it also gave the PSC an extra $2 million this last legislative session after commissioners complained that they did not have the means to fact-check reports submitted by utility providers. The money could potentially go to hire contractors to audit information submitted by Mississippi Power on the Kemper County plant.

I'm an attorney in Minnesota and have worked to help build the record for rejection of IGCC plants in Minnesota and Delaware. In Minnesota, after a most intense record was developed, the two ALJs assigned to the case held that Excelsior Energy's Mesaba Project was way too high priced, not environmentally beneficial as proposers claimed, and not in the public interest. Capital Cost for 600MW plant was $3,595/kw in 2005 dollars, energy cost of $96-141/MWh. Here's primary documents - you may have to cut and paste links into your browser: Cost info here: http://www.mncoalgasplant.com/puc/05-1993%20pub%20rebuttal.pdf MPCA emissions analysis here: http://legalectric.org/f/2007/05/ago_docs-_1696085-v1-excelsior_energy_final_emission_comparison_anne_jackson-overland.pdf ALJ opinion here:\http://legalectric.org/f/2007/04/alj-recommendation250017260-rt.doc Delarare rejected IGCC too! In a level playing field RFP between wind, gas and IGCC, the Delaware PSC said no to IGCC for much the same reasons: http://legalectric.org/f/2007/05/staff0502report.pdf Read the history of the Wabash River IGCC plant if you want to know what would be instore. It required 22 full time engineers to cobble it together over years and years, and environmentally, it's been an environmental disaster, in "routine violation" of its water permit for arsenic, selenium and cyanide! http://www.osti.gov/bridge/servlets/purl/787567-a64JvB/native/787567.pdf If that's not enough, check out the Beulah synfuels plant's water contamination: http://www.epa.gov/epaoswer/other/mineral/chapter5.pdf