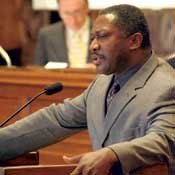 The Mississippi Senate approved a 49 cents per pack cigarette tax yesterday, setting the stage for a compromise with the House, which passed a $1 per pack tax two weeks ago. By a 42-7 vote, senators passed a revised version of House Bill 364 that increases Mississippi's existing cigarette tax by 31 cents, rather than the 82 cents approved by the House. The Senate bill also directs $25 million of the cigarette tax revenue toward limiting increases in the cost of car tags. Both changes cleared the Senate Finance Committee on Wednesday.

A sometimes acrimonious debate over amendments to the bill pitted pragmatism against principle and conservative against liberal.

Senators voted down an amendment by David Blount, D-Jackson, that would have reinstated the $1 per pack tax. Defending his amendment, Blount argued that a higher tax made sense from both a public health and a revenue perspective.

"There is no doubt among anybody in this room that the higher price of a pack of cigarettes, the fewer children will start to smoke," Blount told the chamber. "Smoking, as we all know, is not a revenue-neutral habit. Smoking costs this state hundreds of millions of dollars every year."

Proponents of the smaller increase argued that an excessively high tax would drive cigarette sales to other states. Blount responded that there was only anecdotal evidence for revenue loss to other states, and that senators should ony heed professional analyses of the issue. The Mississippi State Tax Commission and the Legislature's own Performance Evaluation and Expenditure Review Committee have both stated that a $1 cigarette tax would generate around $200 million per year.

Well, at least we know there will be some kind of increase. I wonder what it will end up being.

I suspect it'll be closer to the Senate's version than the House.

I hope you're right, Ex. Whatever it takes to keep those cancer sticks out of the hands of young-uns. :P