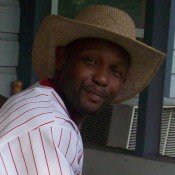 Otis Ashford is suing the City of Moss Point and three Moss Point police officers for civil-rights violations related to an April 2008 arrest. Ashford, a Moss Point resident, was visiting the house of his sister, Dell Jones, also of Moss Point, on April 18, 2008, when he heard noises coming from his brother's house next door. According to his lawsuit, Ashford went to his sister's porch to investigate the noise and saw two men struggling in the dark in front of his brother's house. Believing his brother to be involved and in danger, Ashford demanded that his brother be let go.

One of the men, later identified as Officer Johnny Vaughn, told Ashford to go back into his sister's house and that he would be back to get him. After escorting the other man to his patrol car, Vaughn entered Jones' home without a warrant, pulled Ashford onto the porch, threw him onto the floor and began beating him, Ashford's lawsuit alleges.

A second officer, Michael Upchurch, allegedly sprayed Ashford with pepper spray while he was on the ground, and later, a third officer, Brandon Ashley, used a Taser on him, causing Ashford to lose consciousness, according to the suit.

Police charged Ashford with disorderly conduct and resisting arrest, but the charges were later dismissed. Vaughn is no longer a Moss Point police officer, but Mayor Aneice Liddell told the Associated Press that he was not fired for the incident.

The American Civil Liberties Union of Mississippi filed the lawsuit on behalf of Ashford and Jones in U.S. District Court Monday. The complaint asks for compensatory and punitive damages.

"The right of citizens to question police officers is protected by the First Amendment of the U.S. Constitution," Kristy Bennett, the ACLU of Mississippi's legal director, said in a statement. "Police may not like it when citizens question their actions; however, they should be trained to know that citizens do have that right and may not be lawfully arrested for exercising that right."