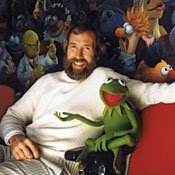 "Jim Henson's Fantastic World" is on display at the Mississippi Museum of Art Dec. 19 through March 14, 2010.

For generations of American children, Jim Henson's imagination is hard to distinguish from their own. Henson's Sesame Street characters and Muppets have become enduring archetypes: Miss Piggy, the personification of frivolous vanity; Cookie Monster, a creature of pure id.

Henson's imagination is the focus of "Jim Henson's Fantastic World," an upcoming exhibition at the Mississippi Museum of Art. The exhibition, which opens Dec. 19 and runs through March 14, 2010, brings together drawings, puppets, television and movie props, photographs and videos from Henson's enormous body of work.

Sponsored by the Smithsonian Institution Traveling Exhibition Service and The Jim Henson Legacy, the exhibit amasses more than 100 original artworks, from drawings and storyboards to puppets and video productions, allowing visitors to trace Henson's creative process. In addition to the main exhibition, the Museum of Art will also host a series of events, including monthly screenings of Henson films like "The Muppet Movie" and "The Dark Crystal."

Henson drew inspiration for many of his characters from the swamps surrounding his early childhood home in Leland, Miss. The opening scene of 1979's "The Muppet Movie," gives a nod to this fact, introducing viewers to Kermit the Frog as he plays banjo in a swamp that could easily be in the Mississippi Delta. One interactive section of the exhibit will focus on Henson's biography, while another explores the puppet master's creative techniques.

In addition to achieving widespread popularity, Henson's puppets also challenged notions of what a puppet should look like. When he first began making puppets in the 1950s, carved wood was still a common material. Instead of wood, Henson chose to use foam rubber to form his puppets. Covered with felt or fur, and manipulated using rods instead of strings, these figures were far more lifelike and expressive than the marionettes of the time.

Henson's sudden death from pneumonia in 1990 robbed the world of many more years of his creative work. Even at the relatively young age of 53, however, Henson left a powerful artistic and cultural legacy, as "Jim Henson's Fantastic World" demonstrates.

Ward, I am excited about this exhibit! My friend who teaches library science to children's librarians is going to come down from Illinois to see it with me! :-)

In a word, this is how I feel about the exhibit: http://www.youtube.com/watch?v=YXrU1GFqYEU

Ward, that guy with the shades kind of looks like you! ;-)