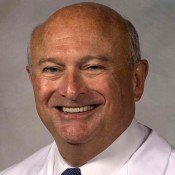 Dr. F.E. "Ed" Thompson was a leader in improving the health of others. Thompson, 62, held the post of Mississippi's health officer, from 1993 to 2003, and again from 2007 until his death Tuesday of colon cancer.

"Public health was his passion," said Interim State Health Officer Dr. Mary Currier in a statement. "We at the agency, and the state as a whole, benefited from his knowledge and wisdom. He was my mentor, I will miss him greatly, and my heart goes out to Dr. Thompson's wife Marsha and the rest of his family."

"Through Dr. Thompson's leadership, MSDH has made significant strides in addressing several key health concerns such as infant mortality, sexually transmitted diseases and increasing the number of public health field staff," Currier added. "He also played a key role in obtaining funding and starting the current construction of the new Public Health Laboratory."

A Mississippi native, Thompson was born in Wesson. He graduated from the University of Mississippi School of Medicine with a medical degree and obtained a master's degree in public health in 1982 from John Hopkins University. In addition his position as state health officer he also served as the state epidemiologist and held various leadership positions at the Centers for Disease Control in Atlanta from 2002 until 2007. He served as a professor of medicine at UMSC and state health officer until his death.

"We've lost a gifted and extraordinary leader in his prime, who still had much to contribute. His seasoned leadership of the department during two critical time periods should be remembered with appreciation by the state's citizens," said Mississippi State Board of Health Chairman Dr. Lucius "Luke" Lampton in a release.

During his job as the state epidemiologist in the 80s, Thompson worked with gay rights groups to educate them about HIV/AIDS. In the early 90s when he was appointed state health officer, he lead the department of health in having the highest immunization rates in the country and lowered the state's syphilis rate below the national average. He also steered a pilot program in Jackson and the Delta to combat infant morality.

"He came back to lead the agency out of years or turmoil and chaos," Trotter told the Northeast Mississippi Daily Journal. "That's a legacy that's quite significant."

BRAVO!!!!!!! Dr. Thompson was certainly a legacy in this state and has done so many wonderful things for the State Department of Health as well as the citizens of the state to include vulnerable adults and children. RIP Dr. T.

RIP. While I've never met the man, I never heard any bad things about him and that's great. He will be sorely missed.