Burglary Suspect's Death May Have Been Justifiable 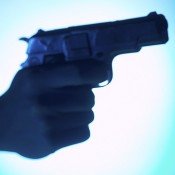 A Sunday shooting in Jackson may fall under the state's "Castle Doctrine" laws.

Jackson police are investigating a shooting that may fall under the "Castle Doctrine," Mississippi's law governing justifiable homicide in the defense of a home or business. The shooting took place at approximately 5 p.m. Sunday at Gipson's Discount Foods on Highway 80 in West Jackson.

Police say that a man carrying a large knife and a handgun attempted to enter the store through a back door. A relative of the store's owners shot and killed the intruder. Jackson Police Department spokesman Lt. Jeffery Scott said this morning that the shooter lives on the premises, but would not release his name.

Scott added that the department's investigation was "still ongoing." Of the shooting victim, Scott said, "We have not identified him as of yet." Hinds County Coroner Sharon Grisham-Stewart is attempting to identify the suspect from his fingerprints, which could take a few days, Scott said.

Sunday's shooting marks the city's 28th homicide this year. Homicides in the city are down roughly 30 percent from last year.

The shooting also comes almost exactly one year after a pair of convenience-store shootings re-ignited debate over the state's Castle Doctrine law, which the Mississippi Legislature passed in 2006. Under the law, the owner or occupant of a building can use deadly force to defend against bodily harm or a felony crime on his or her property.

On Aug. 17, 2008, Sarbrinder Pannu, a clerk at J & S Food Mart on Medgar Evers Boulevard fatally shot a 36-year-old unarmed man, James Hawthorne, as Hawthorne attempted to leave without paying for a case of beer. A Hinds County Grand Jury later indicted Pannu on charges of murder and shooting into an occupied vehicle.

Days after Hawthorne's shooting, on Aug. 25, 23-year-old Terrence Prior, wearing a clown mask and brandishing a gun, robbed the Chuk Stop on Robinson Road. The store clerk chased Prior as he left the store, shot and killed him. Prior also fired a shot at the clerk, although it was unclear who fired first. In that case, police declined to press charges against the clerk and did not release his name.

Looks like homeboy picked the wrong house to hit a lick at. After all, I guess my teachers were right when they said not learning how to read can be deadly. I hear there were warning signs everywhere informing would-be-burglars this wasn't the business to practice their craft.

You'd think that after last year's thieves were gunned down, that would-be thieves would no better. Guess they had to learn the hard way.