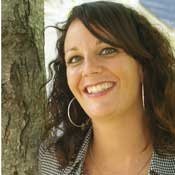 On July 1, Mississippi became the 44th state in the nation to license non-physician acupuncturists. This week, Jackson resident Jerusha DeGroote Stephens received the state's first acupuncture license. It's a fitting distinction for Stephens, as she helped lead the campaign to gain state approval for her ancient profession.

Stephens is president and founder of the Mississippi Oriental Medicine Association, which lobbied state lawmakers for two years to recognize acupuncture as a legitimate and effective medical practice. The association finally won recognition this year with House Bill 458, which sets standards for referrals and acupuncture licenses.

"It took a long time to get here and I'm very excited to get started," Stephens told the Jackson Free Press today. "It makes a big difference for a lot of families in Mississippi."

Acupuncture is a traditional Chinese medical practice that involves inserting hair-fine needles into the skin at specific points on the body to treat a wide range of ailments. The daughter of a physician, Stephens, 33, says that she was drawn to acupuncture by an "innate feeling of wanting to reach out and help people."

"I've always been around healing, but I didn't exactly speak the same language," Stephens says. "I have a degree in English, and I really loved how Oriental medicine viewed the body in a different way."

After graduating from Mississippi State University, Stephens enrolled in a school of Oriental medicine in Austin, Texas. On Sept. 8, Stephens will open her office in Mon Ami Spa, located in Highland Village. As required by the new state law, she will see patients on a referral basis from licensed physicians. Contact the spa at 601-366-7721.

Jerusha is persistence personified. We are very lucky to have her. Hooray for her and for Mississippi!

This has been a long time coming. Congratulations Jerusha! Your hard work has paid off!

Jerusha is an amazing young lady who I have had the pleasure of being able to work with at BRAVO!... she is great! CONGRATS JERUSHA!!!

I've been have been compaired to a fortune-teller, called a witchdoctor, voodooist, and now this? Unfortunately, Macedonian's comment is all too common in our fair state. And, now, one more reason to urge me to continue to educate the public on the benefits and legitimacy of acupuncture and Oriental Medicine. Macedonia, take a look at any clinical research trial by the National Institutes of Health, and that should allay any skepticism...

For me, anything that involves needles is automatically pure evil. No offense. :)

Saying "no offense" to an offensive statement doesn't excuse it, Iron. What does morality have to do with needles? You, personally, may not like needles, but that doesn't make them "pure evil." As to Macedonian's statement, I am weary of people who spout ignorant opinions about things they obviously know nothing about. Read what the Mayo Clinic writes about acupuncture, the National Institutes of Health, and the American Cancer Society, among other readily available and highly authoritative medical resources. James Randi doesn't quite make that list. Congratulations, Jerusha. You are one powerful human being and I'm proud to know you.

Typical of Macedonian. Ignore him. We shouldn't have let such an ignorant comment through. And Ronni, I don't think Iron was trying to excuse Maceyuck. I think he was trying to make a joke. And I feel his pain: When I first went to Jerusha, I was terrified of needles. Her work allayed my fears.

Ronni, lay off. It's just a joke. I do dislike needles, and I use the joke quite often with my Doctor.

What's ignorant about wanting some scientific evidence to back up state licensing of supposedly medical practices? There is little if any evidence to show that acupuncture has any effect beyond that of a placebo. As a matter of fact "The Mayo Clinic Proceedings", the peer reviewed journal of the Mayo clinic published this; Recent studies2 suggest that where the acupuncture needles are inserted has little influence on (placebo?) effect. Physics professor Bob Park5 says it well: “Scientists suggest the needles stimulate release of endorphins. Jalapeno peppers do the same thing. So it wouldn't matter where you stick the needles would it? Then who needs an acupuncturist?” http://www.mayoclinicproceedings.com/content/81/9/1263.1.full#ref-2 Physicians warn that the possible placebo effect of acupuncture could mask real pain of real ailments so they worry that real medical problems could go untreated if acupuncturists were able to practice independently of Doctors, so our state licensing procedure that requires a referral from a physician seems to be a good one. Most of the articles I could find that don't seem to be biased point to small study size (primarily because their isn't much money behind them) and inconclusive results. At this point acupuncture and faith healing are too close to the same phenomenon and carry the same risks. I think Macedonian's advice to heed the Amazing Randi's warning is well put.

WMartin, why don't you also post some of the good information that supports the effectiveness of acupuncture -- if you're looking for all the information, and not just trying to prove it wrong. Because it is out there. If you're not finding it, I dare say you're not looking for it.

I didn't say that it didn't work or try to prove it wrong, I will leave that up to professionals. There is some evidence that both classical acupuncture and so called "sham" acupuncture offer some relief for some ailments. They both are chalked up to a placebo effect of the procedures which is a valid medical treatment for some ailments. If your belief in a procedure or exercise gives you comfort for something that ails you, then is that not a good thing? I would say it's fine, up to the point where you forgo a treatment based in science that would actually cure you. At that point the treatment or exercise starts to become counterproductive to your health. Acupuncture doesn't cure anything. It does, however, give some people relief... sometimes. So does prayer, voodoo and any other number of faith based healing methods. Many of which have been studied and found to provide relief for some, for some things. The problem basically, as I stated earlier is that most of the studies are small and not particularly scientifically rigorous. Dis-belief in the woo does not make one ignorant, I would argue the reverse and as James Randi would say, this is quackery. http://www.randi.org/site/index.php/swift-blog/664-i-have-more.html

1. "I didn't say that it didn't work or try to prove it wrong, I will leave that up to professionals." 2. "Acupuncture doesn't cure anything. It does, however, give some people relief... sometimes." If you believe statement 1, you can't really make statement 2 and still hold a consistent position. Also: "There is some evidence that both classical acupuncture and so called "sham" acupuncture offer some relief for some ailments. They both are chalked up to a placebo effect of the procedures which is a valid medical treatment for some ailments." Chalked up by whom? This is why active verbs are so important. Nothing is just "chalked up." The correct wording would be "In my opinion, they represent a placebo effect..." [etc] Look, I don't necessarily buy into acupuncture's efficacy at curing illnesses either, but writing a message consisting of contradictory statements and weasel words, concluding with an appeal to authority (to someone who thinks religion is just as much of a sham as acupuncture), probably isn't going to win anybody over to your way of thinking. And why would you want to, anyway? What is it that you think you're accomplishing here? The skeptic movement is about educating the public about science and critical thinking and exposing the genuinely sleazy quacks. It should not be an excuse to jump in and irritate people every time someone mentions something you don't believe in.

I don't think acupuncture can cure illness but I can see how it can help relieve pain and symptoms of different illnesses. If it helps a few people who cares what anyone else thinks,it's not anybody's business how they get treatment for an illness. You don't have to go to an acupuncturists,if you don't think they will do you any good. Some people think chiropactors and psychiatrists are quawks too, but they help some people. Congratulations, Jerusha.

Aspirin doesn't cure anything either, but it is usually effective in reducing aches, inflammation and fever. Like just about everything else in Western traditional medicine, however, it doesn't always work and many people experience severe side effects. Orientals have been using acupuncture successfully for thousands of years, which suggests that if Europeans had invented it, we wouldn't even be having this conversation. I'm down with Bubba on this one (mark the day BT!): if you don't want it, don't do it. But don't quote the amazing Randi as some kind of expert on much of anything. Geez Louise, people. Next you'll be quoting Walt Disney on his economic expertise ;-)

Ronni- I will mark this day down, after I recover from fainting..LOL ;-)

Congrats, Jerusha! I remember going to the Capitol building at the beginning of the year to support y'all. I received acupuncture for a couple of years in the San Francisco Bay Area, and it helped me with a number of health issues. Thank you for leading the effort to make it more available to Mississippians. Congrats on opening your office at Mon Ami Spa!

I wouldn't mind acupuncture, but I get the feeling insurance won't cover it.