Senate Candidates on the Economy 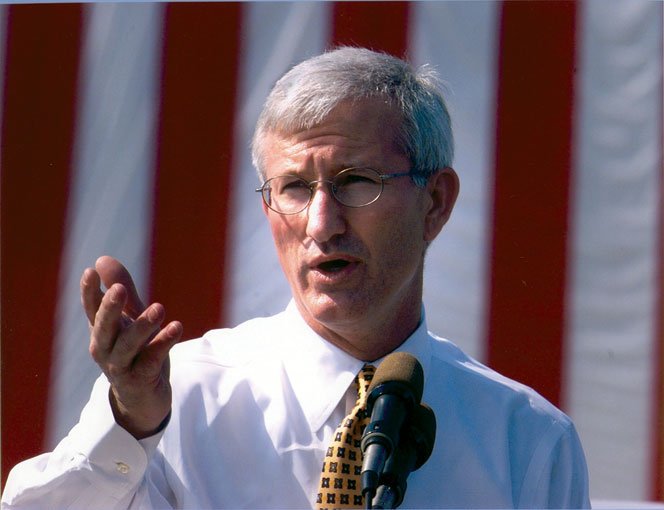 Ronnie Musgrove
As governor, Democrat Ronnie Musgrove was exceptionally tight-fisted. His opponent, interim Sen. Roger Wicker, has frequently charged that he squandered a budget surplus during his administration. This is inaccurate and misleading, as Musgrove dealt with a national economic downturn and decreased state revenue by cutting spending. He managed to balance the state's budget without increasing taxes, against the recommendation of the Stennis Institute for Government.

In 2001, Musgrove vetoed 42 appropriations bills that legislators had based on an estimate that state revenue would grow by 3.7 percent for the next year. Musgrove contended that a 1 percent growth estimate was more realistic. Legislators overrode his veto, and Musgrove had to cut $55 million in state spending later that year when it became clear that revenue would fall below the Legislature's projection.

As senator, Musgrove would support closing tax loopholes for companies that outsource American jobs. He also denounces tax breaks for big oil companies, which he says are inflating the price of oil.

Wicker voted against the final version of the $700 billion bailout package. He has called the bailout a "bad deal" and said that he would have preferred free-market alternatives, such as establishing a program to insure mortgage securities.

Wicker also supports suspending or eliminating the capital gains tax to aid investors. Despite his aversion to taxes and federal spending, Wicker is a skilled navigator of the federal earmark system that McCain and Musgrove deplore.

"I like to hear a job creation idea from local people about how we can enhance the quality of life," Wicker told the editorial board of the Northeast Mississippi Daily Journal Oct. 13.

As a U.S. representative and interim senator, Wicker has secured federal funding for numerous projects in Mississippi, many of which have created jobs and bolstered local economies.

"I'm a mainstream Mississippi conservative who sees the benefit of a small amount of federal effort, working together with state and local folks to create jobs for Mississippians," he told the Daily Journal.

Thad Cochran
Thad Cochran, also Republican, has distinguished himself as an opponent of higher taxes and increased government spending. He has voted repeatedly to repeal or cut the estate tax, which applies to those with estates worth $2 million or more. Cochran voted multiple times for reducing taxes on capital gains in 2005 and 2006, earning a 0 percent rating from Citizens for Tax Justice, a progressive taxation interest group.

Despite his fiscal conservatism, Cochran is renowned in Congress for securing federal earmarks. In 2008 alone, Cochran secured $837 million in federal funds for state projects.

"I never bought into trickle-down theory that the Republicans always espoused," Fleming said. "I think that people that work for a living should always be considered first, before the investing class. Instead of bailing out people that made bad decisions, why not guarantee loans for small businesses to expand?"

"Putting all the emphasis on the business class without putting any regulations on them, I just think we're doomed to repeat that cycle again," he said.

He also stresses the importance of reviving an ethic of saving in American culture. Fleming would like to add an option to the federal tax return for taxpayers to invest some of their refund in U.S. Treasury bills. He encourages the expansion of innovations like Individual Development Accounts, which help people with low incomes build assets.

To say that Musgrove was "execeptionally tight-fisted" defies reality. In a time when state revenues were dropping due to job losses that far outpaced the slowdown in other states, Musgrove pushed for expanding Medicaid eligibility resulting in hundreds of millions of dollars in new spending. Revenue actually went up (albeit not by very much) while he was Governor, but spending went up by a much larger amount. The JFP can argue that the spending was justified and that putting together a patchwork budget by raiding special funds and using the rainy day fund was the right thing to do, but to say that he was "exceptionally tight-fisted" or "balanced the budget" defies reality.

What was the alternative to the Medicaid spending that you suggest? Also, what in your opinion was the cause of those job losses? And what about Musgrove on education? Do you fault him there? (Note: I'm not a Musgrove fan, although I will certainly vote for him over Roger "Village People" Wicker. I'd like to see Wicker supporters throw out a bit more substance than they have ever bothered to do, though, with the out-of-context assertions.)

The best alternative on Medicaid would have been not to sign up people without verifying income first (so-called presumptive eligibility) and expanding eligibility categories without a plan to pay for it. The result was a dramatic increase in the number of people on the Medicaid rolls and a doubling of what the state spends on Medicaid. When we couldn't afford to pay for all that, they raided every pot of one-time money possible and cut other areas like universities and community colleges. But since Medicaid and the cost of paying for all the bonds that we authorized under Musgrove (and, to be fair, during Fordice in the 1990's) were growing out of control, eventually we were in a deep budget hole. Even worse, it meant that instead of being able to provide better health care to the neediest people on Medicaid, service limits got cut. I think Musgrove deserves a large part of the blame for that, which is why I object to the description of him as "exceptionally tight-fisted." As for the job losses while he was Governor, obviously the national economy post-9/11 and corporate accounting scandals had an impact. But Mississippi was losing jobs faster than most states. In my opinion, the civil justice system got off balance and that had a chilling effect on the Mississippi economy at a bad time. I think the frustration that many people have with Musgrove is that it seemed as if the State wasn't doing anything to try and stop the job losses. As for education, I think Musgrove's heart is in the right place and that he legitimately tried to do what he thought would improve K-12 education. However, universities and community colleges did have some stiff budget cuts because Musgrove didn't provide the leadership to get control of other state programs like Medicaid and the prison system. On K-12, I'm not sure what he really pushed other than the teacher pay raise authorization and most of that got funded while Haley Barbour was Governor. I think the basic concept of the MAEP formula is a good one (give more state money to school districts with lower property tax bases), and Musgrove does deserve credit for that from when he was LG. I hope that answers your questions. I agree with you that questions like the ones you present lead to a more substantive conversation and debate.