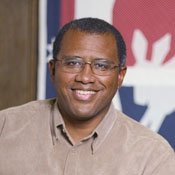 Ronnie Musgrove
Musgrove has made education a central issue in his Senate campaign, and his record bears it out. As a state senator, he chaired the Education Committee. As lieutenant governor, Musgrove pushed for the passage of the landmark Mississippi Adequate Education Program, which reformed state education funding so that poorer school districts spent as much per pupil as richer ones. MAEP was first fully funded under his gubernatorial administration. Also while governor, Musgrove wrangled passage of a significant teacher pay raise and called a special legislative session to eliminate a clause that would have made the pay raise dependent on 5 percent annual economic growth. The Mississippi Association of Educators has endorsed Musgrove.

Roger Wicker
Wicker's positions on education closely follow his conservative outlook in general. His congressional voting record during the 2005-2006 legislative session, his last full term in the House, earned him an "F" from the National Education Association. More recently, in January 2007, Wicker voted against a bill that would reduce the interest rate on federally subsidized student loans. In both the House and the Senate, Wicker has voted against increasing funding for Title I and Pell Grants. He voted for increasing federal funding for experiments in merit pay for teachers. More alarmingly, the interim senator has not spoken much about education during his campaign.

His official Senate Web site cautions: "It is important to make sure the federal government is playing a constructive role in our education system and not building an inflexible, unworkable bureaucracy."

Thad Cochran
Incumbent Republican Sen. Thad Cochran has earned a "D" from the NEA for the last four years. The grade reflects his tendency to oppose increases in education funding and support occasional funding cuts. In October 2007, Cochran joined other Republicans in voting to return an education-funding bill to committee and cut $1.5 billion from the education budget for 2008. That measure failed, thanks to the Democratic majority in the Senate. In June 2008, Cochran voted against a budget resolution that set out planned funding increases for numerous educations, such as Head Start, for the 2009 fiscal year. The resolution passed narrowly.

Erik Fleming
MAE president Kevin Gilbert believes that the most pressing education issue facing Congress in the coming year is the reauthorization and funding of the No Child Left Behind Act. A former state representative, Fleming explicitly supports fully funding No Child Left Behind. He favors proven early childhood and higher education programs like Head Start and Pell Grants. Fleming shows some flexibility on issues of school choice, opposing vouchers but supporting charter schools and tax credits for private school tuition or home schooling.