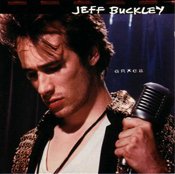 Jeff Buckley's career was cut short after he tragically drowned in 1997.

I like to think I have an eclectic taste in music. I listen to anything from '60s rock to modern "booty music," from bossa nova to electronica, and from Johnny Cash to Johnny Rotten. But as a few close friends of mine have pointed out over the last several years, I seem to have a particular affinity for singer/songwriters who are no longer with us. A male companion of mine often asks "Is this one of your dead guys?" when he can't identify the artist that comes across on my iPod. Usually, the answer is "yes."

My "dead guys" include several obvious onesKurt Cobain, Stevie Ray Vaughn, Jimi Hendrix. The fact that they are dead has little to do with it. The guys that I hold dearest mostly met an untimely demise before they had their chance to hit big. Or they just never hit big in the first place. These are the guys whose music often became more popular after the artists expired.

The first dead guy on my list is Harry Nilsson. I first discovered the quirky '60s and '70s pop artist through his children's album, "The Point." Ironically, I was not a child, but about 13 or 14, and it was my hippie friend Sara who introduced me to the album. Boys and girls, if you have not heard "The Point," and even more importantly, if you have little ones of your own and they haven't heard it, do yourself a favor and go download it.

Dead guy number two is someone I both admire and am disappointed in at the same time. Jeff Buckley was an innovative songwriter with the voice of an angel. Too bad nobody told him that you never, under any circumstances, go swimming in the Mississippi River.

Buckley's album "Grace" has a permanent spot on my all time, top-five albums list ever. His heartbreaking desperation on "Last Goodbye" still haunts me to this day. Buckley was recording an album in Memphis in 1997he moved there to get away from the hustle and bustle of New Yorkwhen his life ended too soon, but thanks to several posthumous releases, Buckley's music lives on. "Sketches for My Sweetheart the Drunk" is a collection of reasons why Buckley would have been something had he just gone to Rendezvous or Overton Square instead of down to the river.

Third on my dead guy list is someone who, upon first listen, I thought was somehow bending the time-space continuum. The song was "Pink Moon," from that ubiquitous VW commercial, and the artist was Nick Drake. His sound was so classic folk-rock, yet so fresh that I just knew it was a new artist doing the whole "retro" thing, a la the White Stripes. How could I have never heard of this guy before, having been schooled on Cat Stevens and Donovan all my life by my mother? After some research, I found to my dismay that not only was Nick Drake a musician of the past, but he had been dead since 1974, and somehow my mother had never heard of him. When I discovered other Drake staples such as "Things Behind the Sun" and "Which Will," Drake earned his spot in my dead guy hall of fame.

My last dead guy had the most tragic ending of all. Elliott Smith was so depressed and sick of it all that he stabbed himself in the heart. It doesn't get any sadder than that. But Smith made beautiful music. I don't care what anyone says: "Figure 8" is my favorite Elliott Smith album. "XO" is wonderful, "From a Basement on the Hill" (another one of those posthumous releases) is great, but "Figure 8" is where it all began for me. The swell of the orchestra on "Color Bars," the musical sarcasm of "Junk Bond Trader," the melancholic "Wouldn't Mama Be ProudԗSmith was full of drama that came through in his music, and it is no wonder that he came to an untimely end.

Depressing as my list may be, there is something to be said for bleeding your heart out for the world to hear, and then leaving as suddenly as you came. It's as if these guys could only be contained for a short while, but lucky for us, music is eternal.