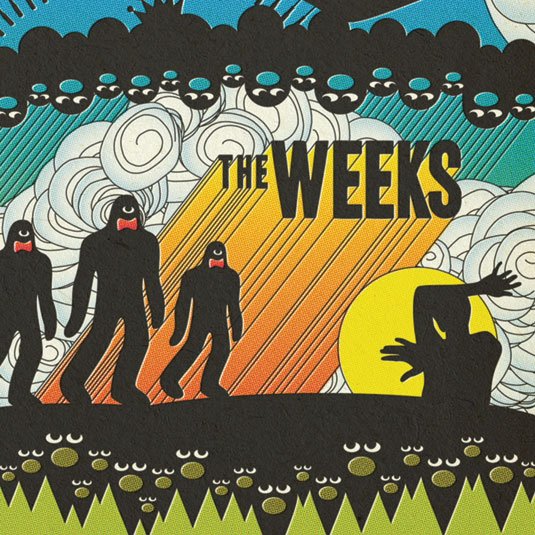 Photo by Courtesy The Weeks

Some things are worth waiting for, no matter how long you might have to sit still and be patient. The Weeks' debut release, "Comeback Cadillac," finally arrives to fill the void, stop the toes from tapping and start the heads bobbing. The Weeks went through a growth period over the last two years, starting out on their own, then hooking up with Misha Hercules' Olympic Records and finally joining forces with the formidable Esperanza Plantation label, which is responsible for turning out the final product.

Starting right out of the gate and in your face on the title track, The Weeks prove that they haven't lost any steam in the process. When I first heard these songs two years ago, it was clear that The Weeks had heart and a straight-up rock-and-roll attitude. The only thing that has changed is that the delivery of the music is slightly more sophisticated. For some time now, I have always compared The Weeks to Kings of Leon, and if you are a fan of the Kings you will definitely see the resemblance. But The Weeks are increasingly becoming harder to put a finger onthere is no particular band that The Weeks are trying to emulate. The influences are evidentRilo Kiley, The Mars Volta, My Morning Jacketand some even the band may not be aware of, like The Ramones and Iggy and the Stooges. Their sound is chunky, raw hard rock; their songs each have a story to tell.

My current favorite track is "Dog Days," with the bass line echoing The Band and the sing-along chorus of "Oh kiss me/Oh kiss me/Oh kiss me/And the summer will never end Ŕ it is an instantly classic song of young summer love. "Altar Girl" is another standout, radiating energy and worming its way into your brain with its infectious hooks.

Cyle Barnes has a way with his voice that is both effortless and passionate at the same time, especially on the heartbreakingly personal track, "Hold It Kid (Your Heart Just Skipped A Beat)." The song is sung to a child whose parents are both drug addicts: "Just dry your cheeks girl/ Wipe your eyes/Just close the door/It'll be alright/Your daddy's trippin' with the needle in his armŔ It's a heavy song, but The Weeks crank it right back up with songs like "Mississippi Rain," which evokes images of one of those muddy, steamy hot days that we know so well. Sammy D's lead guitar howls with just the right amount of southern-rock sound, and Cain Barnes, Chaz Lindsay and Damien Bone provide an ample rhythm section that keeps the music moving.

"Sailor Song" is a duet between Cyle Barnes and guest vocalist Allie Peden. The two voices combine sweetly on the sentimental chorus: "If love is all you have/Then baby that's not bad/And if love is all you got/That's a hell of a lotŔ Songs like this one show that The Weeks can rock your face off in one instant and give you a song to cry to the next without missing a beat. And who doesn't love a band that toys with your emotions?

The Weeks will celebrate this long-awaited debut with a release party on July 5 at Swell-o-venue as part of the Esperanza Plantation BBQ Bonanza, along with fellow Esperanzites Allie Peden and Tommy and the Whale. "Comeback Cadillac" hits stores July 8.

Nice cover art - Who did it?

That would be Jonathan Blackwell. He is a local graphic artist. I love the cover art too!

Jonathan is also in Questions in Dialect. And on Esperanza (label mates with The Weeks).