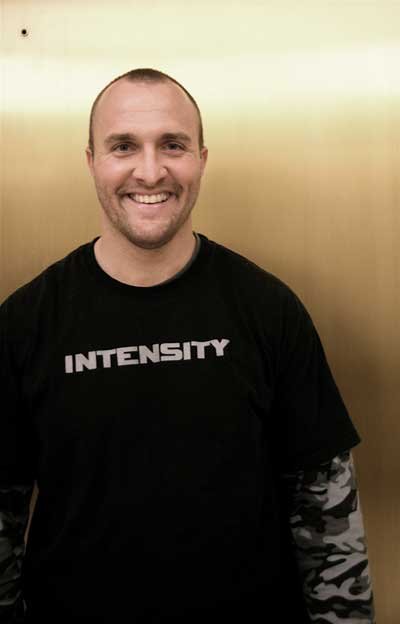 When he showed up at training camp for the British Columbia Lions of the Canadian Football League in 1999, Paul Lacoste was considered a mere "camp body," not a serious prospect. To attract attention, the scrappy linebacker from Mississippi State University picked fights with as many veteran players as he could.

The tactic worked. On the last day of camp, Lacoste returned to the locker room to find that every piece of equipment in his locker had been smeared or stuffed with horse and cow manure. He clenched his fists as he weighed how to respond. Then a veteran player approached and patted him on the shoulder.

"Congratulations. You made the team, rookie," he said.

Player after player walked by to congratulate Lacoste. The moment did not last, though. Practice was starting in 10 minutes, and late players were fined.

"I did what only a Mississippi boy would do," Lacoste says.

He shook out the pads as best he could and then put on every last item.

"That was the best practice I've ever had," Lacoste recalls with laugh. "Nobody touched me."

A Jackson native, 34-year-old Lacoste dreamed of playing professional football for most of his life. He struggled with Attention-Deficit Hyperactivity Disorder but found an outlet for his hyperactivity in sports. He was a linebacker at Jackson Prep and then at Mississippi State, where he was named to the All-SEC team in 1996. Although an NFL team didn't draft him after he graduated in 1997, Lacoste stubbornly pursued his dream and several times earned a spot on an NFL team before being cut. A high point in his professional career came during that rookie season with the B.C. Lions, when he led the team in tackles and earned CFL Rookie of the Year honors.

Lacoste began training professional and college athletes during college and continued to attract clients as he chased his own NFL aspirations. In 2003, he and his wife Laura moved their business, Paul Lacoste Sports, to Jackson. Demand for his expertise and skill as a motivator led him to offer fitness programs for non-athletes.

Pleased but unsatisfied with Mississippi's "Let's Go WalkinҔ campaign, he's hoping to attract Gov. Haley Barbour to one of his fitness sessions.

"I'm trying to get the word to him," Lacoste says. "I'll train him for free.  I would love for him to  come out with this billboard that says, 'Walk? Look at me now, dang it! I'm running!' And have him flexing or something. It would be great."

"He is not going to be able to ignore me for long," he adds.