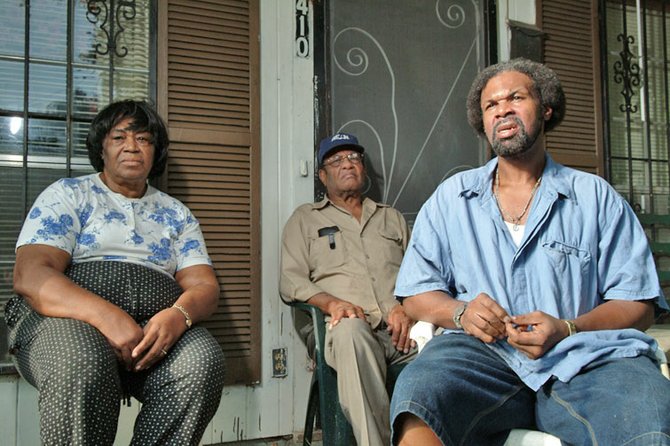 Evans Welch disputes Mayor Frank Melton's claims that he asked the mayor for help before the 2006 demolition of the duplex he rented. Melton, who faces three felony charges for his role in the incident, has argued in court hearings and filings that Welch, a diagnosed schizophrenic, contacted him multiple times, requesting help with the drug activity at his home.

At his parent's house Friday, the Jackson Free Press asked Welch whether he had asked the mayor for help.

At a Nov. 10 pre-trial hearing, Melton's attorney John Reeves said that he planned to introduce evidence that Welch contacted Melton for help on the same day as the Ridgeway incident. In a Dec. 8 motion, Reeves again suggested that Welch had asked for the mayor's assistance.

"Mayor Melton's defense is in part that  the tenant and the Mayor had a previously established relationship, the tenant reached out to the Mayor for help, and the Mayor responded to the location after being notified that drugs were again being sold on the premises," Reeves wrote.

Here's a man that is dianosed as a schizophrenic dealing with a lieophrenic who just happens to be Mayor Frank Melton. Melton's attorney in his haste to try to make excuses for Melton stated the "Mayor responded to the location" Then why didn't Melton notify JPD in order to catch whoever was supposely selling drugs out of the house? Why did Melton go back to the house a second time with sledge hammers? Where are all the drug that they found when he tore the house down? Melton should be sentence to serve one year for each lie he has told he would have to serve 8,758,624,003 years. How stupid is Melton, he should just tell the truth and beg for forgiveness if that doesn't work then it's time to try and kiss some behind before they sentence him they might give him only 24 years, 11 months and 29 days to serve instead of the full 25 years. And that my Friends is the rest of the story!!!!!

You should do the bottom line from now on WLBT Hot Sauce.... LOL too funny.

I have been trying not to comment on Melton's woes, but Hot Sauce.....that's one of the best posts concerning Melton that I have seen in a long time.

Hot Sauce, what's a lieophrenic? I can't find a definition.

Lieophrenia (pronounced /ˌlIəˈfrɛniə/ or /ˌlIəˈfriːniə/), from the Greek roots Lüge ( "to speak falsely or utter untruth knowingly") and phrēn, phren- (φρήν, φρεν-, "mind") is a severe and disabling brain disorder[1][2][3] characterized by abnormalities in the perception or expression of reality. Severe cases may cause your butt to fall off or your pants to catch fire. And can result in major property damage if untreated.

this is hilarious.... Melton should get 10 years and 1 black sunday.... And by the way, Evans Welch might be slightly off but he ain't stupid....