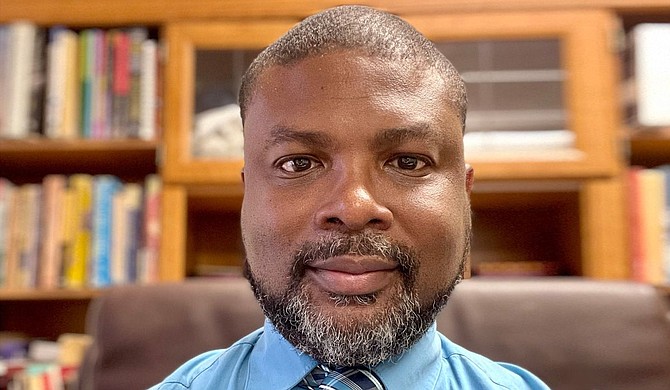 Dr. Lorenzo Neal, pastor of New Bethel African Methodist Episcopal Church in Jackson since 2011, has spent the past five years advocating against gun violence as part of the nonprofit organizations Everytown for Gun Safety and Moms Demand Action.

Gun violence had a heavy personal impact on Neal's life in 2015, when 21-year-old white supremacist Dylan Roof shot and killed nine African Americans during a Bible study at the Emanuel African Methodist Episcopal Church in Charleston, S.C. The church's senior pastor, Clementa Pinckney, a friend and former colleague of Neal, was among the victims. Neal also lost his mother, Sharon Neal, to gun-related domestic violence as a child, as well as his 18-year-old nephew Kevin Neal Jr. and a former student who was only 14 when he died.

"As someone who has been personally impacted by the gun violence that can be seen across the nation, I dedicate myself to working with fellow survivors and those who have faced injuries or lost someone through violence or suicide," Neal says. "Everytown advocates for common-sense gun legislation and maintains a survivors network to help people share their stories and put names and faces to statistics."

Neal works as senior survival fellow for Everytown, working to help people who are grieving after incidents of gun violence and later helping them to share their stories. He fought against the 2016 Church Protection Act, which allows some members of churches to undergo firearms training to carry guns into church buildings, and advocates for stronger federal background checks and red flag laws to keep guns away from people who have committed violent crimes or who suffer severe mental illnesses that may make them a danger to themselves or others.

Neal was born in Monroe, La., and began preaching when he was only 12 years old. He became officially licensed at age 16 and was ordained as a Baptist preacher when he was 20. He was later re-obligated as a Methodist preacher in 2001.

After graduating from UAPB, Neal began working as a band director for various schools throughout Arkansas and Louisiana before entering school administration in 2011.

"Education has been a passion for me ever since I first got the opportunity to teach during graduate school, and ministry for even longer," Neal says. "I especially feel that ministering to our neighbors and providing food and water and other aid in times of crisis such as the aftermath of Hurricane Ida is critical for communities."

In addition to his ministry and advocacy work, Neal has self-published two books, "A Breach in the Family" and "Reflections from the Pastor's Study." He has also operated an internet radio show titled "Zera Today" since 2010. For more information, visit lorenzotneal.com or blogtalkradio.com/zeratoday.