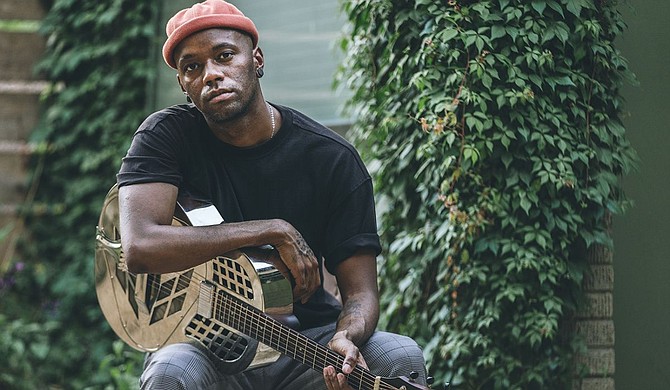 When Carl “Buffalo” Nichols was 10 years old, he decided to expand his musical tastes beyond the tracks that dominated the radio scene in his hometown of Milwaukee, Wis. “I found different blues CDs,” he recalls. “It made the connection for me.”

That connection would follow Nichols well into his teenage years, and he attended a number of local concerts performed by Keb’ Mo’, a contemporary blues artist. “You’d see the legends like B.B. King and Buddy Guy and Chuck Berry, but it was good to see a more contemporary artist,” Nichols reflects. “He came (to Milwaukee) a couple of times a year, so he was one of the artists I got to see the most.”

The sounds of King, Guy, Berry and Keb’ Mo’ would form the soundtrack of Nichols’s life and would inspire his own musical stylings, as he says that playing the blues is deeply meaningful for him. “The reality is that Black people have been systematically removed from the blues since the 1950s, maybe even before that,” Nichols comments. “There’s been a sort of tug-of-war going on. It’s up to the artist to remind people where this music comes from.”

His 2021 self-titled album serves as one such reminder, and Nichols is hopeful that the recently released EP will tell the oft-suppressed stories that comprise the blues. “The blues is basically folk music,” Nichols says. “It’s supposed to tell the stories of real people. Once it became a product, it lost a lot of its heart. So (telling stories) is what I’ve been trying to do.”

The violin-inflected track “These Things,” which Nichols cites as his favorite song in the LP, epitomizes the goals he harbors for his musicianship. “After I’d written it, I felt proud of it,” Nichols states. “I tried to be more poetic than usual, and I feel like people don’t stereotypically associate the blues with lyrical diversity or with different ways to come up with a song. But there’s a lot of room for different types of expression.”

So far, the album has received support from Rolling Stone, Austin Chronicle, KEXP and other sources, with singles such as “Back on Top” and “Lost & Lonesome” earning praise from Rolling Stone Country and Guitar World.

To launch his December tour across the United States, the artist is trekking to the home state of the blues, Mississippi, to give its capital city a sampling of the album, as Nichols is slated to perform today, Nov. 30, at 6 p.m. at The End of All Music (3011 N. State St.) in downtown Jackson. “I think it’s the making of the music that means something,” Nichols says of his upcoming performance. “It’s the history of it, where it comes from. (The blues) came from Black people in America, and it’s one of the oldest American art forms that we still recognize today. It’s something that I’d like to be part of.”

Buffalo Nichols’ 6 p.m. performance at The End of All Music (3011 N. State St.) is free and open to the public. To learn more about future performances, find the artist’s tour schedule here. “Buffalo Nichols” the album can be found on Spotify, Apple Music, SoundCloud and other music platforms. Learn more at buffalo-nichols.com or follow the artist on Facebook, Instagram or Twitter.