Sewage Overflows in Jackson: A Lawsuit and an Emergency Cleanup Contract 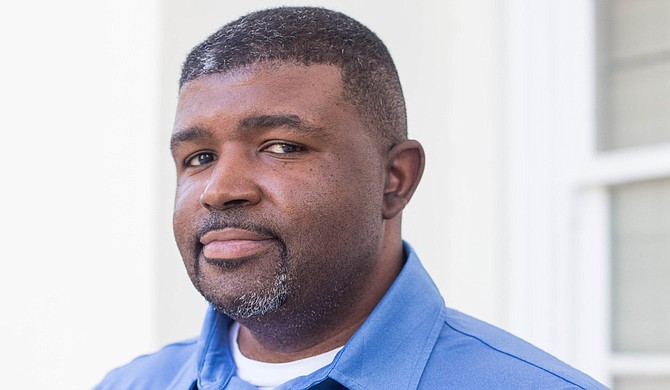 City of Jackson Public Works Director Charles Williams sent a memorandum to Mayor Chokwe A. Lumumba on April 12, 2021, explaining the crisis of sewer overflow in the city. Photo courtesy City of Jackson

On April 1, Carroll and Linda Rhodes filed a lawsuit against the City of Jackson seeking $500,000 in damages. They explained that the City's actions before April 10, 2020, in diverting sewage from a collapsed sewer line in northeast Jackson to the sewer line that services Ferncliff and Warwick Drive in Jackson harmed them. They have a house on Ferncliff Drive.

"The raw untreated sewage has also been backing up into our and neighbors’ houses and yards since April 10, 2020," Carroll Rhodes, an attorney whose practice is based in Hazlehurst, Miss., wrote in a letter to the City dated June 8, 2020, attached to the complaint, representing himself and wife Linda Rhodes. "The sewage backup clogged our bathtubs, burst the seals on commodes and ran into our bathroom, dressing room, master bedroom, and closet destroying the floors, baseboard, cabinets, shoes, furniture, and other items."

The Hinds County District Court expects that the City will respond to the lawsuit by May 22 after receiving the summons on April 23. Communications Manager Michelle Atoa told the Jackson Free Press on Thursday, May 13, that the City cannot comment on active litigation.

Safety of the Public Threatened

On April 12, Public Works Director Charles Williams wrote to Mayor Choke A. Lumumba about numerous sewer overflows in Jackson. He stated that the department cannot, with “less than 15 sewer maintenance employees” and inadequate equipment, do the required cleaning of the sewer system and that he needs emergency assistance from a private contractor. Williams linked "the increase" in the number of sewer overflows to "trash, grease and debris within the sanitary sewer collection system."

“The City of Jackson currently has over 1,000 sanitary sewer overflows within the City of Jackson Corporate Limits,” Williams wrote. "The City does not have the personnel or equipment to adequately clean the sanitary sewer collection system in a timely manner to minimize the impact of raw sewer flowing out of the collection system threatening the welfare and safety of the public."

"The results of the clogged sewer main (have) contributed to raw sewer entering nearby streams and creeks violating the Clean Water Act, and the mandated Federal Sanitary Sewer Consent Decree," he added.

On April 19, the mayor approved the emergency declaration and on Tuesday, May 11, the Jackson City Council ratified a $247,500-contract for Compliance EnviroSystems LLC. In a letter to the public works director dated April 25, the company said the proposed work scope will involve using a high-pressure cleaning truck with the crew for 45 days at $5,500 per day.

“The contract is required (because) the sanitary sewer collection system needs cleaning to minimize the occurrence of sanitary sewer overflows within the city of Jackson,” the works director wrote in the council agenda item memorandum.

‘Plagued by Raw Sewer Backing Up in Their Homes’

The public-works department has had to deal with numerous calls to address sewer problems affecting the quality of life of Jackson residents who have had to deal with sewer overflows on the streets and sometimes backing up into the homes and creating unlivable conditions.

"A number of residents have been plagued by raw sewer backing up in their homes and businesses creating health hazards resulting from sanitary sewer overflows," Williams wrote in a request letter dated April 19 asking for invocation of emergency contract procedure.

Williams told the Jackson Free Press on Thursday, May 13, that the emergency contract is a first step and the contractor will clean and provide CCTV footage of the sewer main to determine the root cause of the problem, prioritizing areas of the city with more calls reporting the problems.

“This was just a start; as we give more money available, we hope we will be able to do this type of cleaning and CCTV (recording) within the system that is needed in order for us to truly mitigate the issues moving forward,” he added.

Diverted From a Wealthier Neighborhood

But this effort is coming too late for the Carrolls, who felt they had to resort to suing the City of Jackson to get any relief.

Carroll Rhodes told the Jackson Free Press that the City caused the sewer overflow in his home and should pay for it.

"It went on from April through August 2020; (we were) constantly calling the city about trying to get the problem resolved," Carroll said in a phone interview on Wednesday, May 12. "My wife has had to spend countless days and hours going back cleaning and re-cleaning with chemicals and try to get the smell out. But part of it is under the wood floors; that's gotta be replaced."

"And the City just acts like it does not care about its citizens," he added. "The City intentionally diverted sewage from another neighborhood, a wealthier neighborhood in Jackson on to our sewage line."

Rhodes’ April1 lawsuit alleged that after the City diverted sewer flows to their street, officials "constructed a sewer lift station or pump on property located at the intersection of Ridgewood Road and Adkins Boulevard to handle the increase sewage volume in the sewer line that serviced the plaintiffs' neighborhood and property."

Between April 10 and July 6, 2020, they called the City 30 times, the lawsuit says, but the City did not take any remedial action before the July 8, 2020, letter requesting $800,000 in damages. The City received the letter on July 15, 2020. They waited eight months after the letter before filing the court case.

"The smell in the house and damage to the structure and walls of the house caused by the sewage backups was so unbearable and posed a health hazard for the plaintiffs such that they had to stay in a hotel at their costs for about a week prior to July 8 and another week after July 8, 2020," the lawsuit, which represents one side of a legal dispute, says. "The value of the plaintiff's property has been destroyed by the sewage backup into their home caused by the failure of the city officials and employees to properly maintain and inspect the defendants' sewer lines and sewer lift station and or pump."

"The plaintiffs' house was unlivable until the plaintiffs paid for partial remediation of the damage to their house," the lawsuit added.