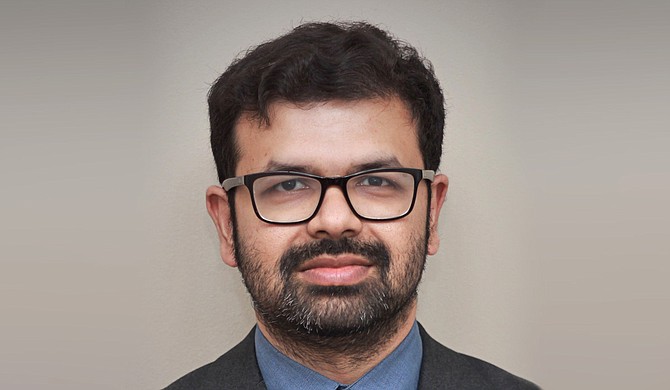 The National Science Foundation recently granted Sadik Khan, a professor in the Department of Civil and Environmental Engineering at Jackson State University, a CAREER Award of $539,710 to advance the study and use of vetiver grass for preventing slopes from failing.

Vetiver grass has long roots that support soil it grows in and acts as an anchor to hold the soil in place, Khan says. The grass grows commonly in Khan's native country of Bangladesh, as well as India, Thailand and African countries such as Nigeria. Khan began studying the grass as a means to resolve landslide problems in Mississippi due to the prevalence of yazoo clay, which has cracks that absorb water easily, causing the clay to soften, which can cause soil collapse.

"I first thought of the applications of vetiver grass after working with the Mississippi Department of Transportation and learning about the frequency of slope failure in the state," Khan says. "Mississippi gets some of the highest rainfall in the United States, and that amount of water exposure means that a system for drainage and holding soil in place is critical. Vetiver grass grows well in the warm climate and has roots that go as deep as 10 feet, so it can cut down on the costs for infrastructure due to potentially having to account for the yazoo clay less when building."

NSF provided the grant as part of the Faculty Early Career Development Program. Through the CAREER award grant, Khan is leading a project titled “CAREER: Climate Resilient Landslide Repair on Expansive Soil Using Vetiver Grass.” He has so far worked with MDOT and MarTREC, a Tier 1 University Transportation Research Center for the United States Department of Transportation, to test vetiver grass on two slopes in Mississippi, one in Jackson and one in Vicksburg. Khan also has students at the JSU College of Science, Engineering and Technology studying the best time for planting the grass before the soil starts to fail.

"Vetiver grass has seen great use in Bangladesh and in other countries for similar applications," Khan says. "The grass does grow locally in the United States as well, but many people do not currently see its significance here. It is more often used for ornamental purposes, such as in people's front or back yards."

"For me, there was never a question about whether I wanted to become an engineer, only what kind," Khan says. "I got the most excited about structural engineering and wanted to learn everything about the analytics side of it. The complexity of that aspect of engineering was deeply intriguing to me."

In addition to his work with JSU, Khan is a member of the American Society of Civil Engineers and serves as faculty advisor

of the organization's student chapter at the university.

Khan lives in Madison with his wife, Nusrat Kabir, and their 6-year-old son, Ryan Khan.