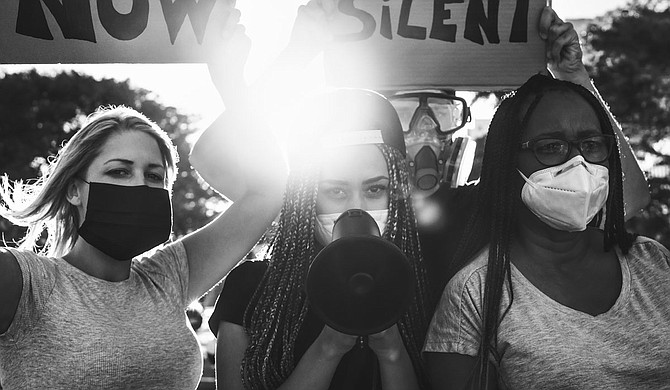 One Voice and Mississippi Votes formed a statewide coalition to introduce 200 bills of suffrage during the 2021 Mississippi legislative session. These organizations are encouraging state lawmakers to automatically restore voting rights once returning citizens complete their sentences to ensure equal voting access for all. Photo courtesy Advancement Project 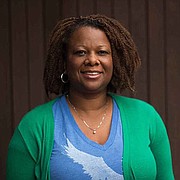 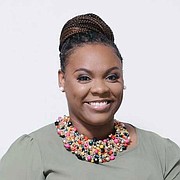 When it comes to voting, there is no denying a simple fact about Mississippi: our state has refused to eliminate antiquated laws that disproportionately silence Black and young voters.

In drafting the state's constitution in 1890, white lawmakers with mal intent sought to limit the voting power of Black Freedmen by permanently disenfranchising those convicted of a specific set of felony offenses. And while felony disenfranchisement laws have been updated since the 1800s, the discriminatory spirit of these policies still lives today. Black Mississippians are still disproportionately harmed by these measures.

It is past time for state legislators to bring Mississippi into alignment with the nation by automatically restoring the right to vote of returning citizens and those with felony convictions. By failing to overturn policies rooted in Jim Crow racism, the state clings to a criminal legal system that belies our values as a state and makes regaining the right to vote nearly impossible. The state must act to modernize the voting-rights restoration process and ensure all Mississippians have equal access to the ballot box.

A new report by One Voice and Mississippi Votes notes that more than 90% of the disenfranchised live in Mississippi communities. The report, Our Voices, Our Votes: Felony Disenfranchisement and Re-entry in Mississippi, indicates that returning citizens—who are disproportionately Black—are members of our communities who face challenges in securing housing, employment and health care. The data show that while the state's felony disenfranchisement laws have been updated, they still work to accomplish the racist ends of the state's forefathers.

A 2018 lawsuit filed by the Southern Poverty Law Center also highlights how the process of regaining the right to vote is racially discriminatory. Currently, Mississippians can only regain their voting rights through an executive order from the governor or by the successful passage of a suffrage bill by the Legislature restoring an individual's right to vote.

From 2007-2017, the Mississippi Legislature restored voting rights to only 45 people. The 2018 case argued that the suffrage bill process "violates the First Amendment by vesting legislators with unfettered discretion," and violates the 14th Amendment because "it discriminates based on race and creates a restoration scheme that is arbitrary and has no standards."

Fortunately, voting-rights organizations in Mississippi led by Black women are working hard to overturn Mississippi's racist voter-suppression legacy. Organizations like One Voice and Mississippi Vote are forming a statewide coalition effort to introduce 200 bills of suffrage during the 2021 Mississippi legislative session.

This work builds on over a decade of experience engaging communities across the state and is a product of policy, advocacy and our push to modernize Mississippi's election system. We not only established an easy online suffrage application form to help the disenfranchised begin the process of restoring their right to vote, but we also set up a telephone hotline, 1-888-601-VOTE (8683), where Mississippians can get live support during the process. We continue to work to change Mississippi's voting laws.

It is clear that if Mississippi is to become a state that ensures equal access to the ballot box, state legislators must act to end the state's discriminatory felony disenfranchisement laws. Lawmakers should restore voting rights to everyone who has completed their prison terms and establish inclusive criteria for approving suffrage applications.

This MFP Voices essay does not necessarily represent the views of the Mississippi Free Press, its staff or board members. To submit an essay for the MFP Voices section, send up to 1,200 words and factcheck information to [email protected]. We welcome a wide variety of viewpoints.