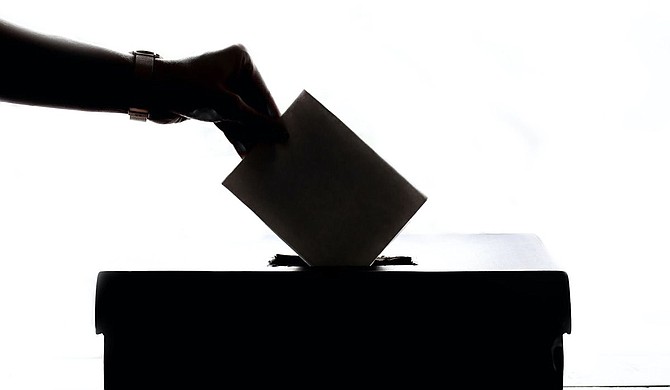 A federal appeals court is set to hear arguments Wednesday in a lawsuit that seeks to overturn Mississippi's ban on voting rights for people convicted of some felonies—a case that could affect thousands of people. Photo courtesy Element5 Digital on Unsplash

JACKSON, Miss. (AP) — A federal appeals court is set to hear arguments Wednesday in a lawsuit that seeks to overturn Mississippi's ban on voting rights for people convicted of some felonies—a case that could affect thousands of people.

The original list of disenfranchising crimes was put into the Mississippi Constitution in 1890 because people writing the constitution believed those crimes “were disproportionately committed by African Americans,” according to written arguments by attorneys challenging the ban. The attorneys also argue that the disenfranchisement continues to disproportionately hurt Black people.

Attorneys representing the state say Mississippi dropped burglary from the list of disenfranchising crimes in 1950 and added murder and rape to the list in 1968. They say in written arguments that those changes “cured any discriminatory taint on the original provision.”

The Mississippi Constitution strips voting rights from people convicted of 10 felonies, including forgery, arson and bigamy. The attorney general issued an opinion in 2009 that expanded the list to 22 crimes, including timber larceny, carjacking, felony-level shoplifting and felony-level bad check writing.

In the case being heard Wednesday by the 5th U.S. Circuit Court of Appeals, the plaintiffs do not challenge disenfranchisement of people convicted of murder or rape.

To regain voting rights in Mississippi now, a person convicted of a disenfranchising crime must receive a governor's pardon or must win permission from two-thirds of the state House and Senate. Legislators in recent years have passed a small number of bills to restore voting rights. Bills to restore suffrage to 28 people were filed this year. Two of those passed, and Republican Gov. Tate Reeves let both become law without his signature.

Federal lawsuits were filed in Mississippi in 2017 and 2018 seeking automatic restoration of voting rights for people who had finished serving sentences for disenfranchising crimes.

The case being heard Wednesday is from the lawsuit filed in 2017.

A panel of 5th Circuit judges heard arguments in December 2019 from the other case, which makes different arguments. That panel has not issued a ruling.

The Sentencing Project, a national advocacy group that seeks to eliminate racial disparities in the criminal justice system, said in a 2020 report that more than 5 million people in the United States are disenfranchised because of criminal convictions. It said that includes more than 8% of adults in Alabama, Mississippi and Tennessee. The report also said Mississippi is one of seven states where more than one in seven Black people is disenfranchised, or twice the national average.

In November 2018, Florida voters adopted a state constitutional amendment to automatically restore voting rights to most convicted felons once they complete their sentences, with the exception of those convicted of murder or sex offenses. It was estimated to affect more than 1 million people, although many voting rights advocates were outraged by a court ruling that later found that a Floridian’s right could not be restored until all fines, restitution and legal fees were paid.