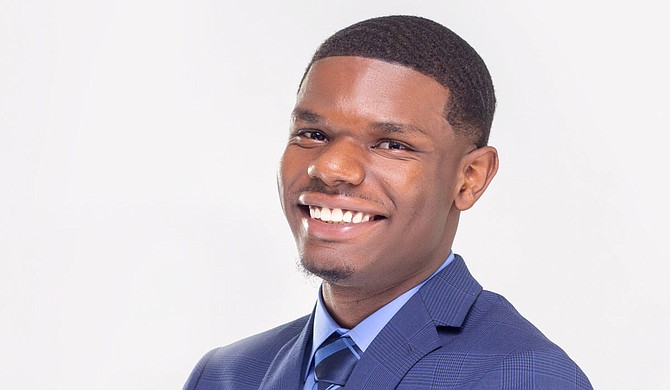 Jaquan Powell, a political science major at Jackson State University, recently got the chance to take part in a five-day leadership institute that the Thurgood Marshall College Fund hosted, which then led to an internship with the United States Department of Agriculture.

The Thurgood Marshall College Fund seeks out student leaders from historically Black colleges and universities and provides them with opportunities to bridge the gap with employers, develop their leadership skills and learn to network and take part in internships. Powell entered into the leadership institute, which took place in October 2020, through a virtual interview process. He was one of 400 participants selected for internships with different organizations partnering with TMCF.

"This was actually my second time applying for the program since my sophomore year," Powell says. "I didn't get accepted at that time, but I took the feedback I got and applied it over the next two years. My shortcoming had been in answering job interview questions, so I took the time to study what to do for that, then spent time planning and getting recommendations before putting in my next application. When that time came, I felt like I was ready to go and apply what I'd learned about interviewing, networking and connecting with people."

During the institute, Animal Plant Health Inspection Services selected Powell's resume for a paid virtual student internship as a policy analyst with the USDA. Powell interned there from Oct. 5, 2020, to Jan 15, 2021. During his time with USDA, Powell supported regulatory policy analyses and policy development and also supported the organization's biotech quality management support program and process improvement initiatives.

"Working with the Department of Agriculture was my first time doing any federal work, and it was an amazing chance to work at full capacity with others who are already professionals in my field of interest," Powell says. "I had a bucketload of things to do there to support them in their work, and it made me feel like I was already part of the company while still in school. Every day I was learning to do things i didn't know how to do yesterday."

Born and raised in Jackson, Powell is set to graduate from JSU later this year with a bachelor's degree in political science. During his freshman year at JSU, Powell served in a university ambassador position called Mister Freshman. He was the university's class president and a resident assistant for the freshman residence hall during his sophomore year and took part in a male mentorship program called Men of Excellence during his junior year. Powell is also a member of Alpha Phi Alpha Fraternity, Inc.

When he graduates, Powell says he plans to continue on at JSU for a master's degree in public administration while working for the university as a student life coordinator to further his leadership skills.

"I'm interested in political science and public administration because I don't see those things through a law or governmental lens, but rather focus on the leadership side of it," Powell says. "I see those fields as a chance to learn how to work with people. I love socializing and getting to know people better to see what they have in store for themselves. I want to embrace this field and show others how to make it better."