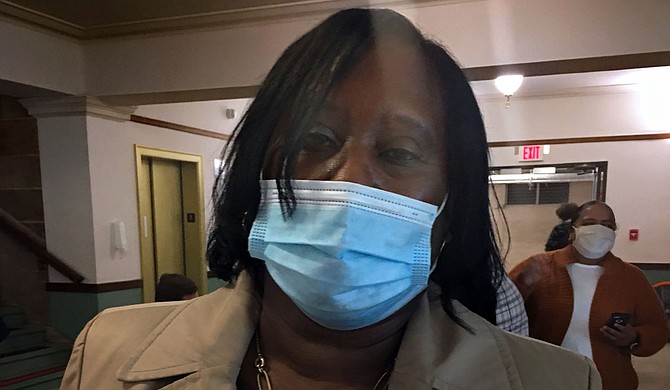 With three weeks to the municipal primary election, the City of Jackson announced precincts changes in five of the seven wards and have informed those affected by the changes, the city’s election commission chairwoman Linda Sanders told the Jackson Free Press Thursday.

The Democratic and Republican primary elections are on April 6, with a possible run-off three weeks later on April 27, prior to the June 8 general election. Only Wards 2 and 7 are without precinct changes.

"All of the precincts that we put on there about the changes we mailed letters to those voters to advise them," Sanders said. "After communicating with the councilors, and the mayor and everyone, they agreed to the changes that we made."

An ADA-complaint voting machine is inside Jackson City Hall for the ongoing municipal primary election. Photo by Kayode Crown

Ward 1's precinct 45, which used to be in St. Philip's Episcopal Church at 5400 Old Canton Road has temporarily moved to McLeod Elementary School at 1616 Sandalwood Place, adding to the precinct 45 it used to host.

"Because of the pandemic, (the church) opted out of letting us use them now," Sanders told the Jackson Free Press. "So we just followed suit with Hinds County (Election Commission's changes), and we use the same location that they used for (the national) election."

The municipal change for precinct 96 mirrored Hinds County Election Commission's similar decision for the 2020 national election, Sanders said. "There was a fire in that facility, so they could not use it anymore," she told the Jackson Free Press.

Absentee voting is ongoing inside Jackson City Hall, which has a disability-compliant voting machine stationed there. "If they want to vote absentee, we do have ADA-compliant (machine) set up in the city hall also, and there is a side ramp that they can come up on to get into the building," Sanders explained.

"The department of the municipal clerk is open for absentee voting for the upcoming April 6, 2021, municipal primary election, Monday through Friday from 8 a.m. to 5 p.m. through April 2. The office will be open on Saturday, March 27 and April 3, 2021, from 8 a.m. to 12," Mayor Chokwe A. Lumumba announced March 14 at the city council meeting.

On March 4, City Clerk Angela Harris told the city council that those who recently moved and want to change their voting precinct can come to the city clerk's office until April 3. "If you move after we print the poll books on April 3, you can go to your new voting precinct and vote by affidavit ballot," she added.