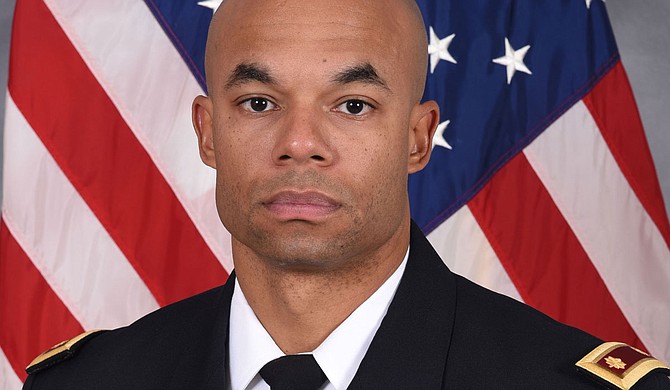 Lt. Col. Steven Robinson has served as both a professor and chairman of Military Science for Jackson State University's Department of Liberal Arts since August 2019. In his position, Robinson is in charge of JSU's Reserve Officer Training Corps battalion, which currently consists of roughly 70 cadets, and of preparing them to become officers in the United States Army and possibly serve in active duty.

Robinson enlisted in the military in March 2003 and began active duty in July that year. His first stationing was at Ft. Steward in Hindsville, Ga. From there, he served two deployments in Iraq before going to Ft. Lee in Virginia in 2005. He went to Ft. Gordon in Augusta, Ga., in 2010 and spent a year in his hometown before heading to Ft. Leavenworth in Kansas in 2013 and Ft. Pope in Louisiana in 2014. His final posting before joining the faculty at JSU was in Hawaii.

"I come from a big military family, and that tradition for service that so many of them felt motivated me as well," Robinson says. "Members of my family have served in World War I and World War II and the Korean War. My father was a Vietnam War veteran, and my brother served in Iraq as well.”

He continues: "What ultimately brought me to JSU was a desire to be able to give back from what I learned during my service and teach cadets how to be officers. JSU was one of the top schools on my list to do that, and ever since I came, my dean and all the other faculty here at the school have been excellent. Of course, all the student cadets under our program here and the work we do to uplift them has been my favorite thing about being here."

Robinson is a member of Omega Psi Phi fraternity and lives in Brandon, Miss., with his wife, Nicole Robertson. The two have been married for 18 years and have six children, Mallia, Stesha, Steve Jr., Rico, Nikia and Rocko.